Are you in a hurry? Just for you, a quick overview of this feature with the Revo-Rama Minute! ?

1 minute to check-out the smart #Slate2+ and its magnetic ring so that you never have to choose between #drawing on #paper or digitally ? It’s possible with the Revo-Rama Minute! @iskn_co pic.twitter.com/uxE0bbJONg

ISKN’s Slate 2+: A new breed of tablet so that you no longer have to choose between drawing on paper or on your tablet

The concept is original to say the least. Instead of taking sides between the pro-paper and the pro-digital, ISKN brings the two worlds together. You don’t produce the same drawing directly on your tablet with the Apple Pencil as you would with a pencil and paper (which is not to say that one is better than the other, they’re just different). What if you started your drawing on one tool, only to transfer it to the other before sharing on the social networks as an image or even a video? That’s the Slate 2+ concept.

It’s based on a magnetic ring placed on your pencil, the Slate 2+ and its 32 sensors detect the position of your pencil and the lines you draw. A great innovation for a French start-up!

Check out our unboxing of the Slate 2+ in this episode of the Revo-Rama! 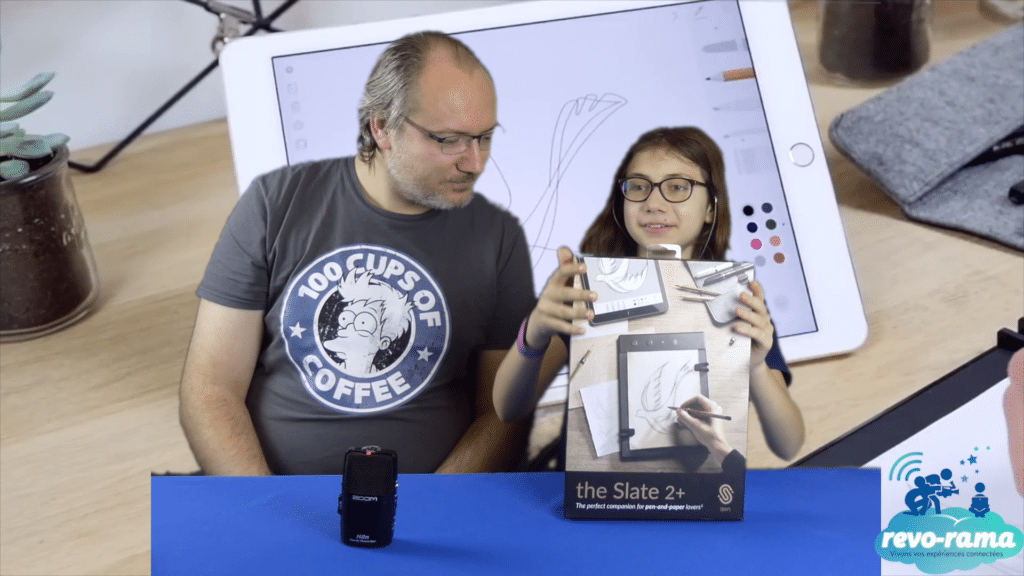 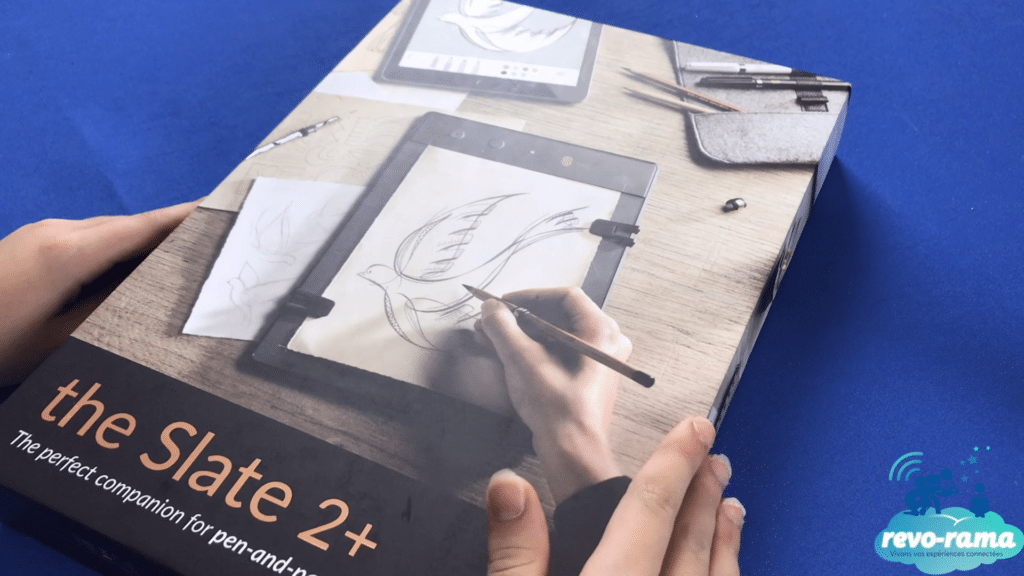 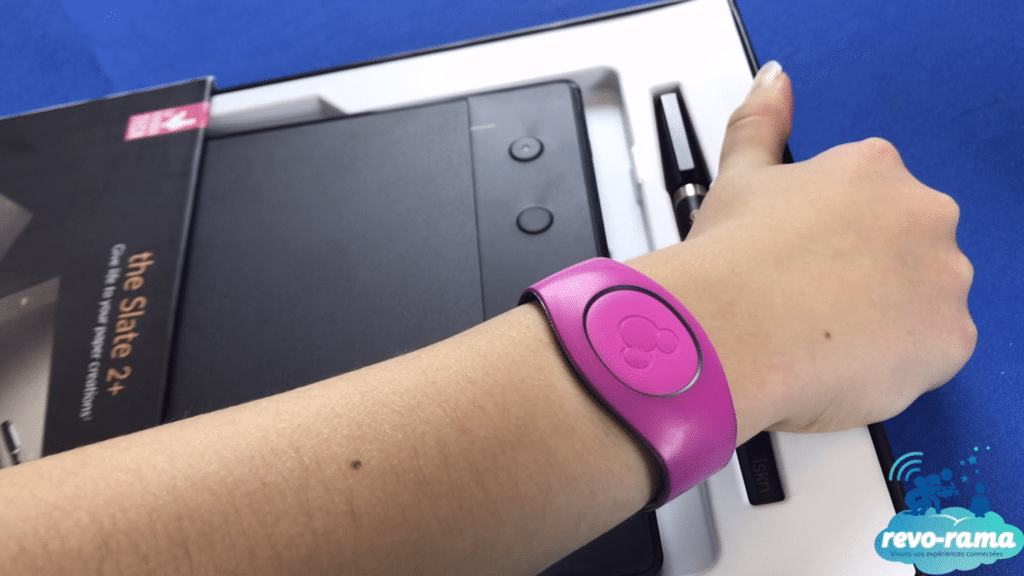 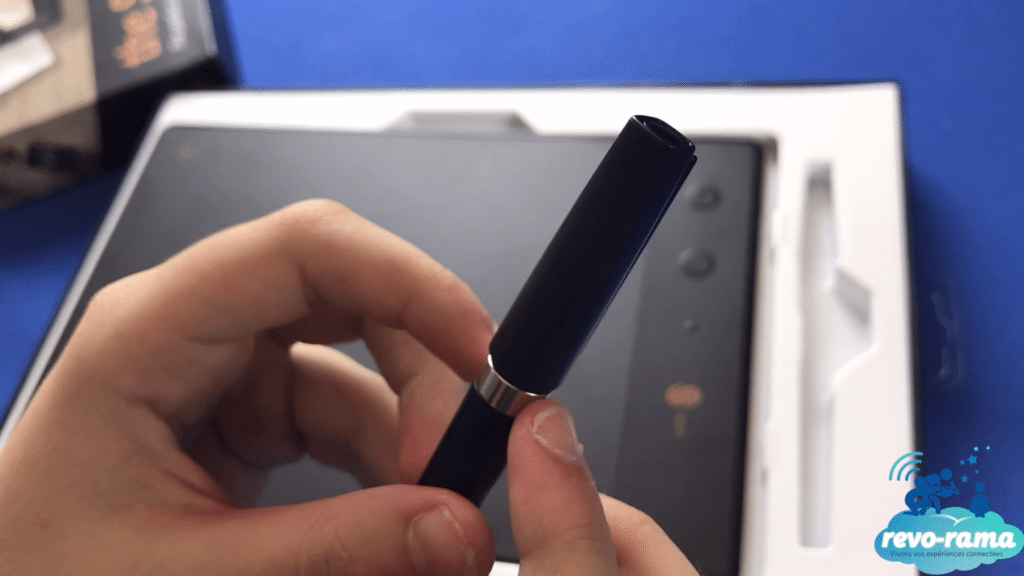 The pen with integrated ring provided with the Slate 2+ 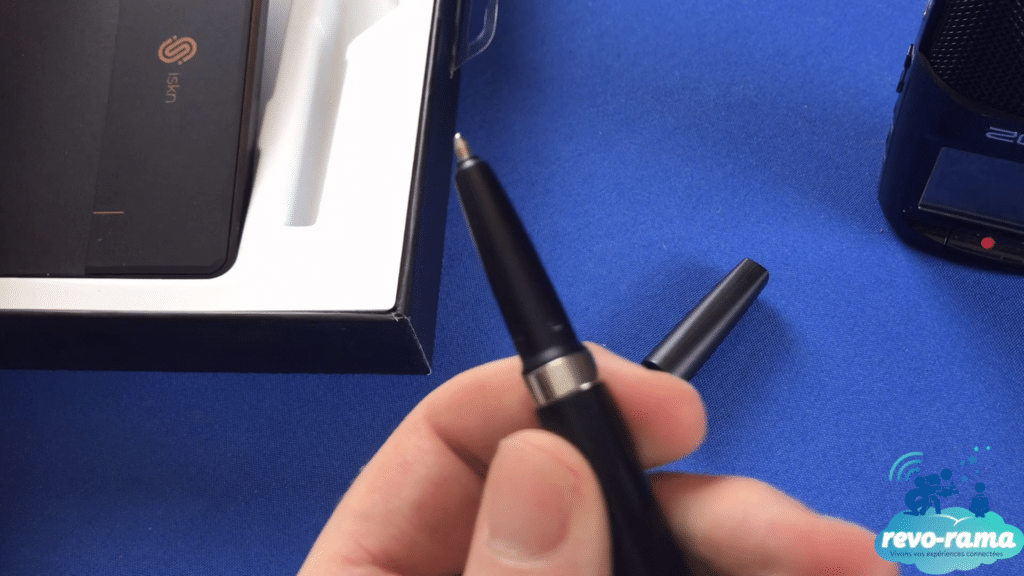 The tip of the pen supplied with the Slate 2+ 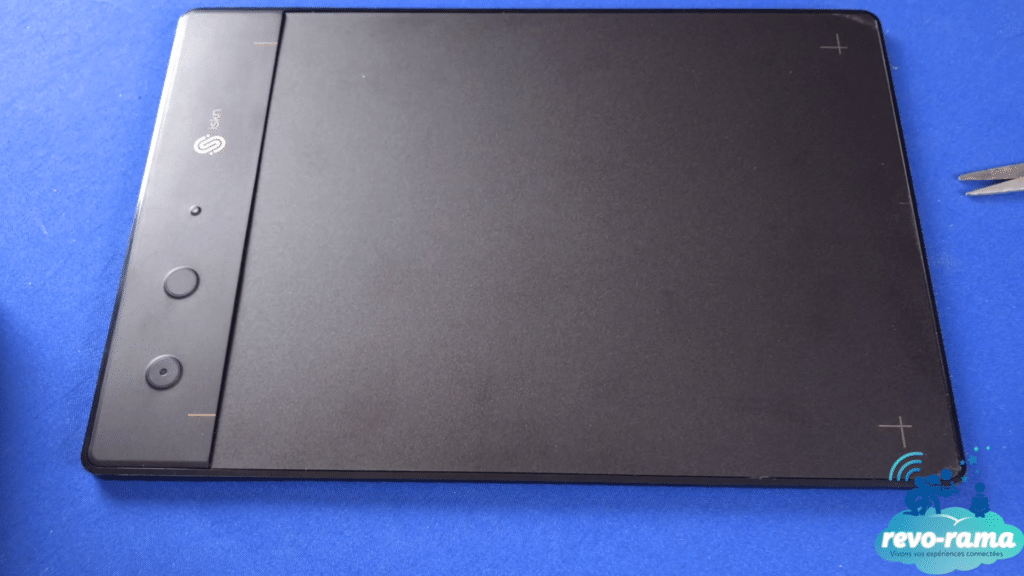 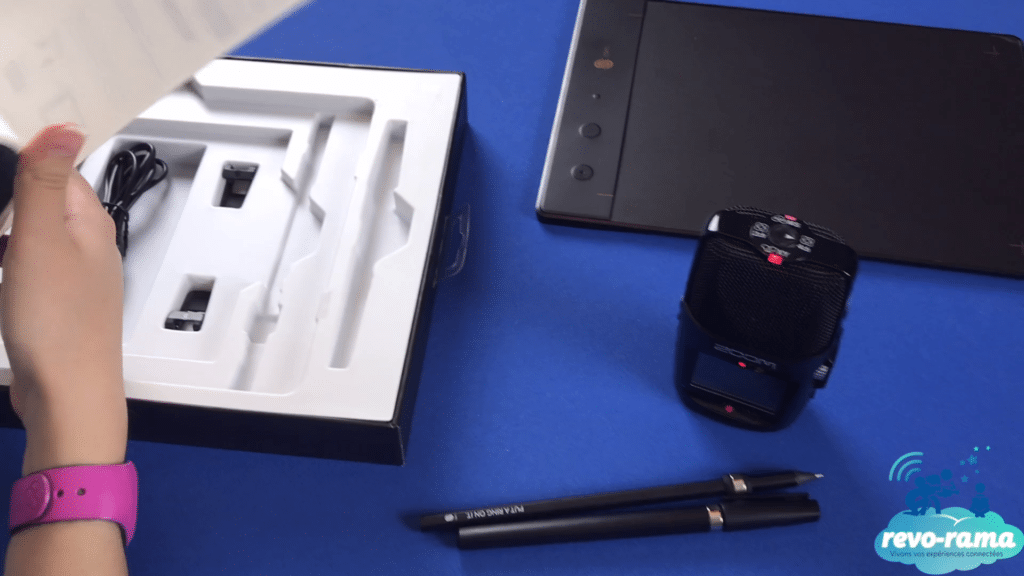 Cable, clips (to attach your paper to the Slate 2+), pen, the pencil and its ring. 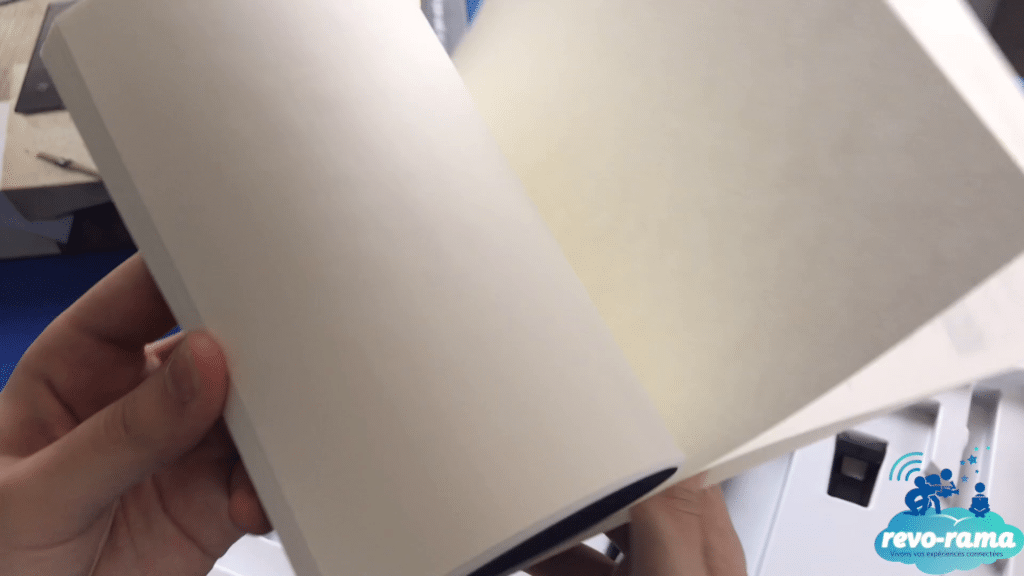 The notebook provided with the Slate 2+ 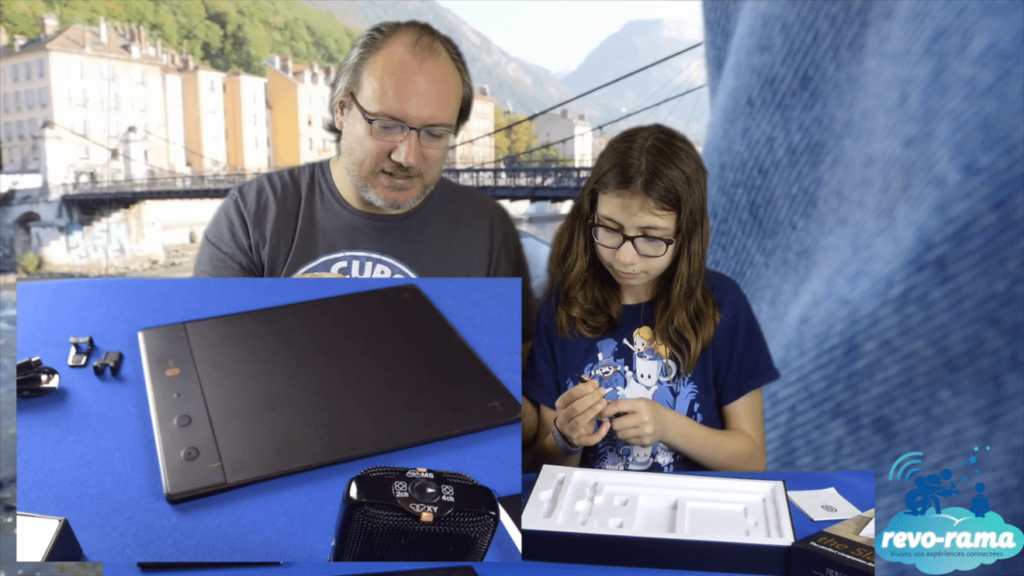 First steps with the ISKN Slate 2+.

To retrieve your data from the Slate 2+ and change your drawing digitally, use the Imagink application, downloadable from the App store, but also on Android, PC/Mac … Communication works through Bluetooth.

Bonus: your digital companion doesn’t have to be switched on while you draw; the tablet has an internal memory which enables the application to retrieve your creation later. Another great idea: record the creative phase from start to finish, producing a little film.

There are some bugs, rare but there all the same. Lines don’t appear or they’re back to front, it can be over sensitive and sense lines you didn’t intend to draw. ISKN says that they are aware of these bugs and are taking care of them. Probably through a software update. You also need to be careful of any magnetic interference near your slate.

Léopoldine shows you her drawings and the Imagink application in video in this episode of the Revo-Rama! 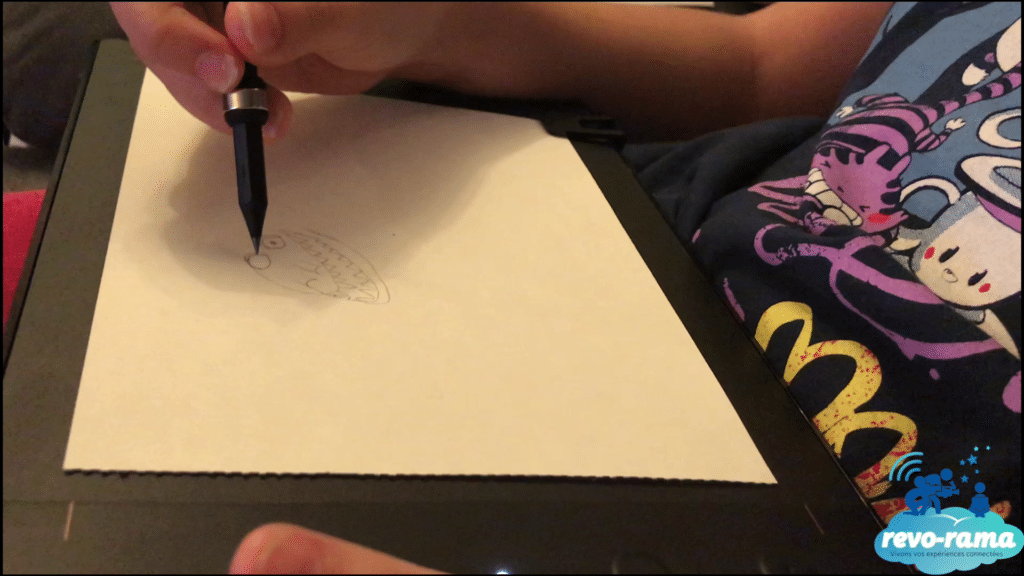 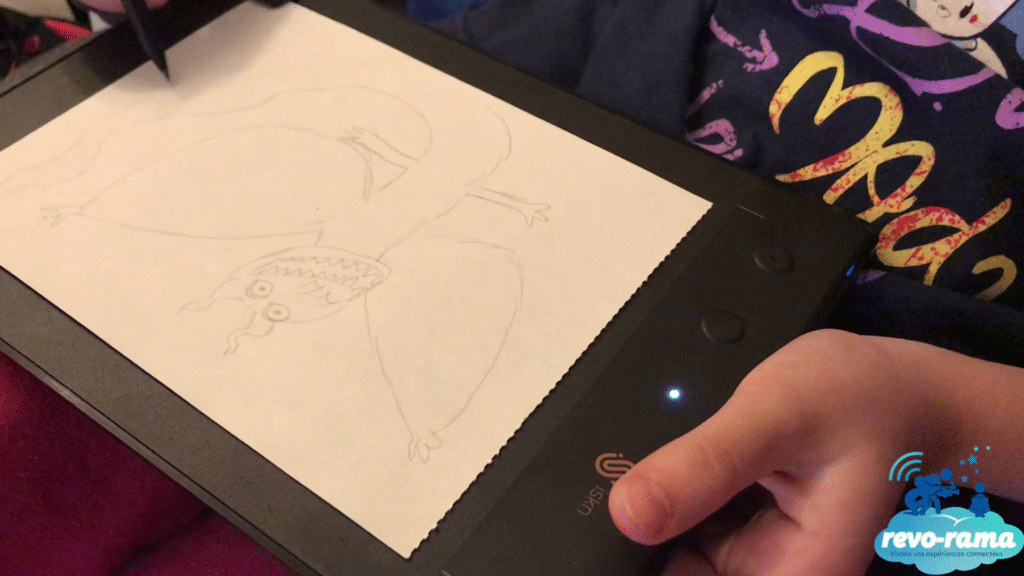 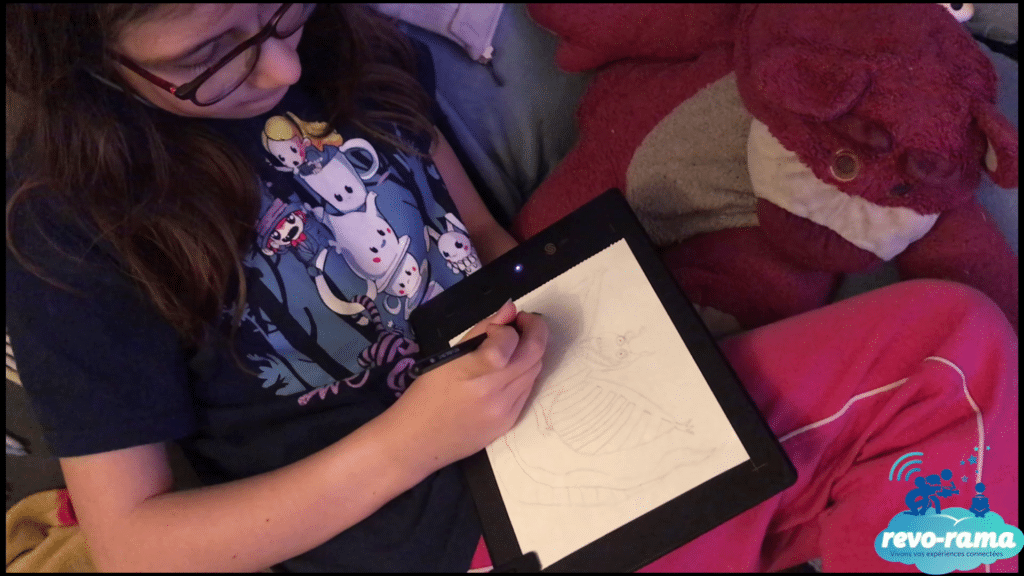 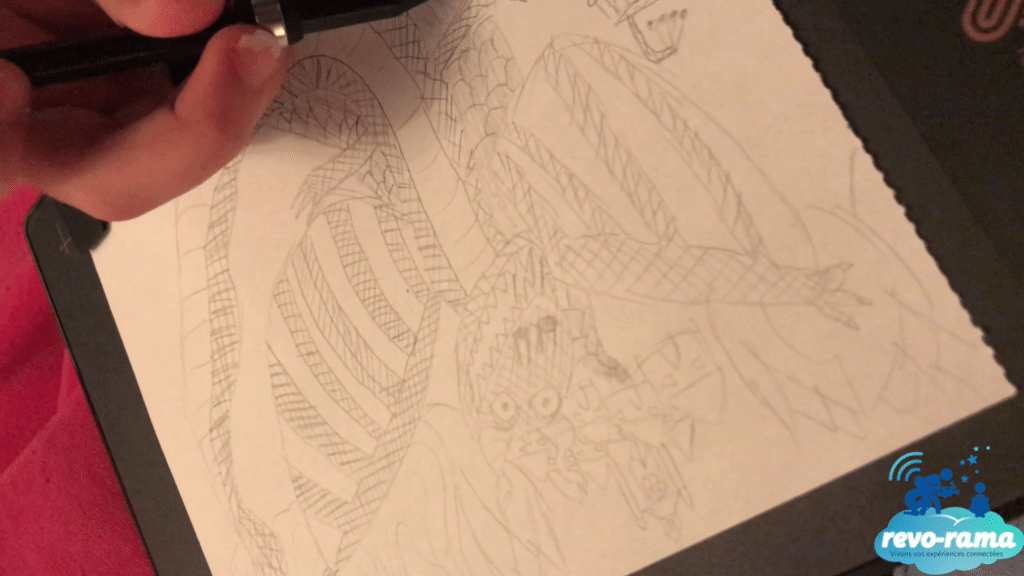 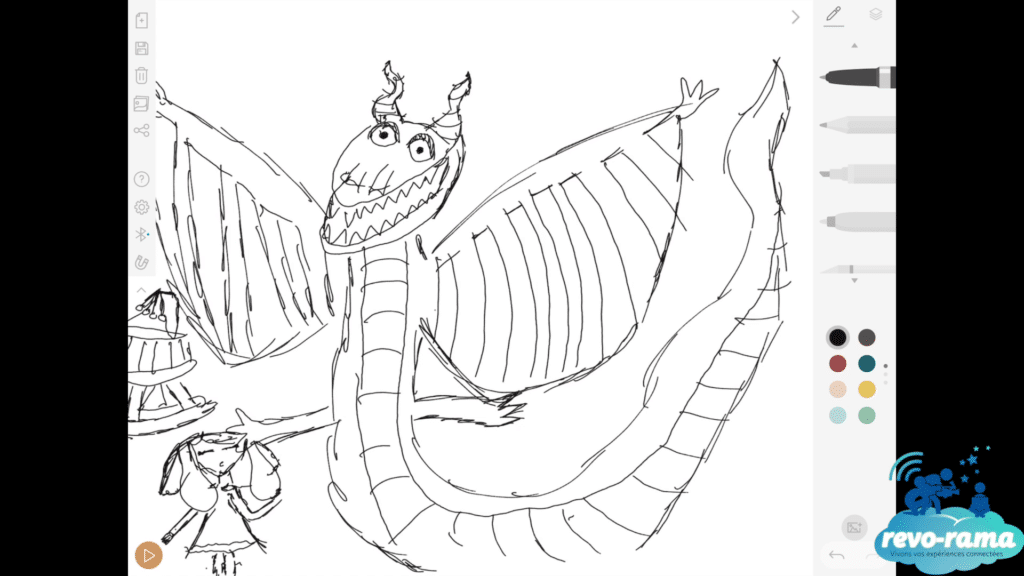 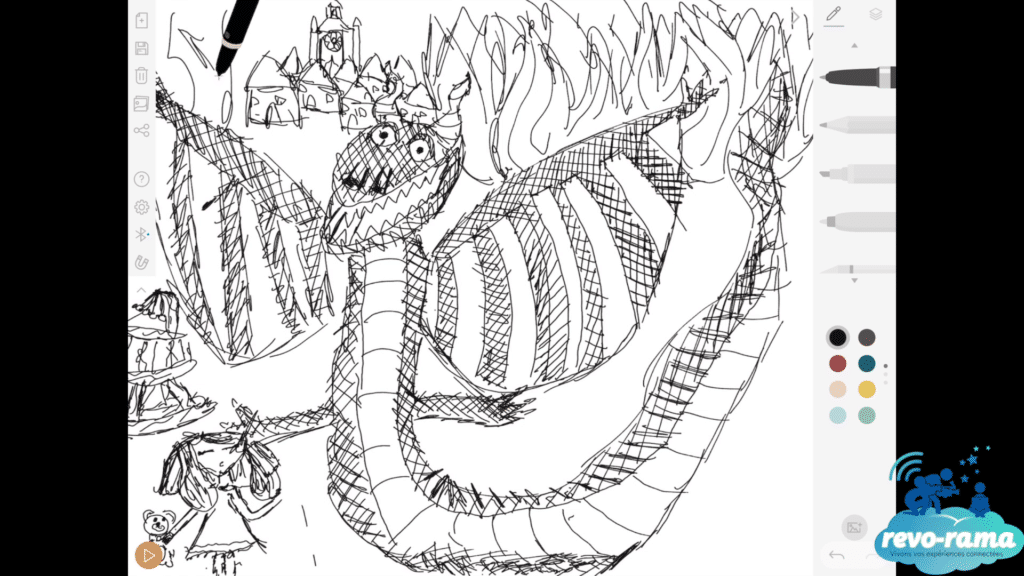 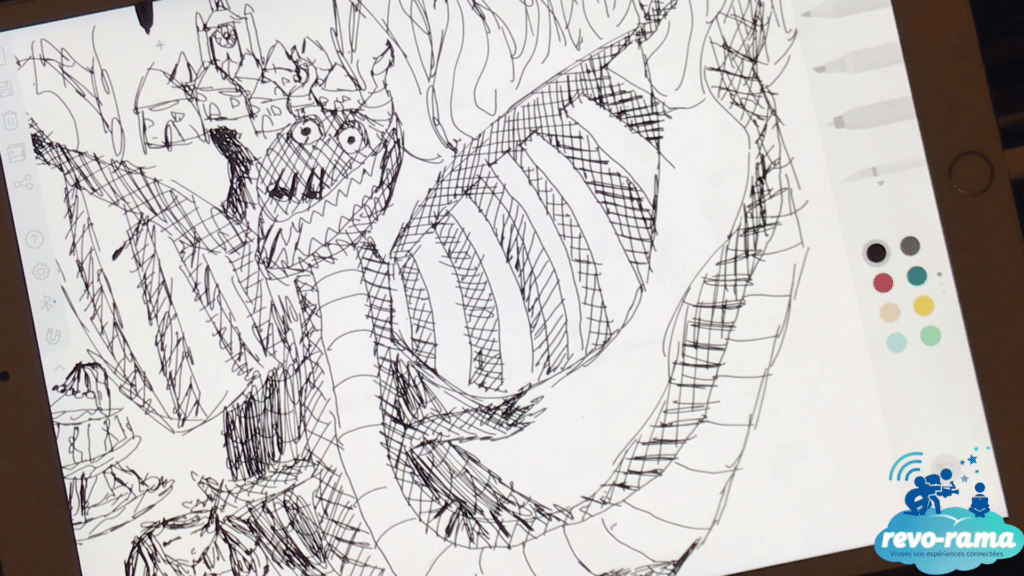 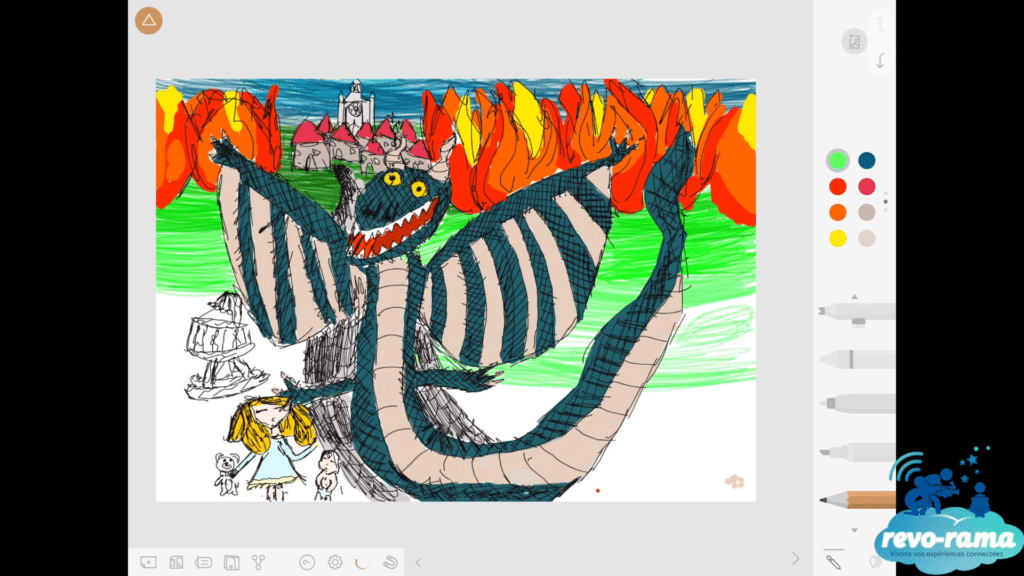 Retrieving the Slate 2+ drawing to colour it on the iPad.

Our opinion of the Slate 2+ and its magnetic ring

We really liked the concept and Léopoldine has most definitely adopted the Slate 2+. It won’t replace the Apple Pencil. It’ll just be a third way to draw as the results are different between pencil and paper alone, just the Apple Pencil, or the Slate 2+ with Imagink. I’m sure that this will help her to continue to progress, and I hope you’ll follow her evolution on her blog! leopoldine.reves-connectes.com

Our future e-imagineer continues to pave the way to her dream. 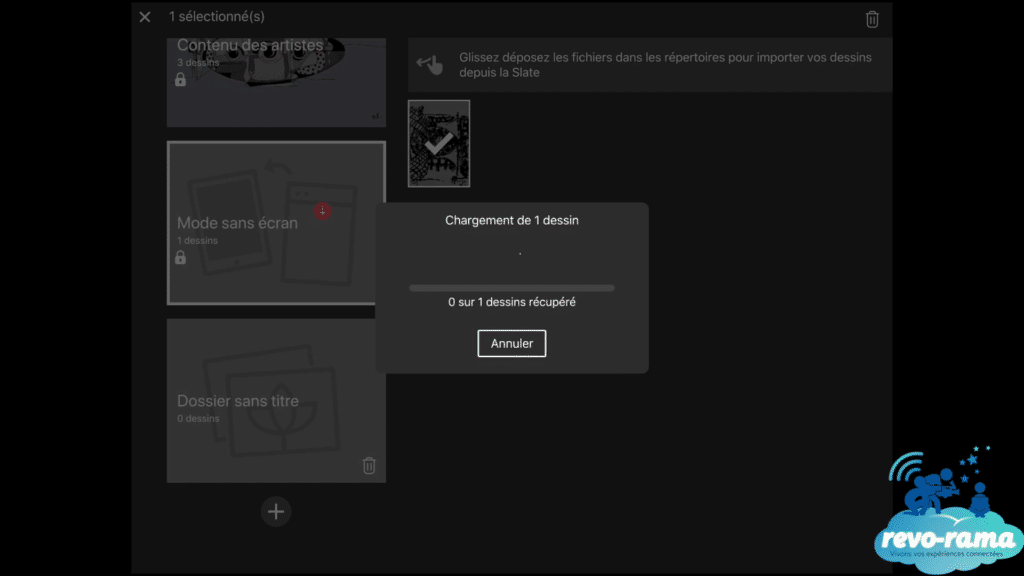 Retrieving a drawing stored on the Slate 2+ used alone. 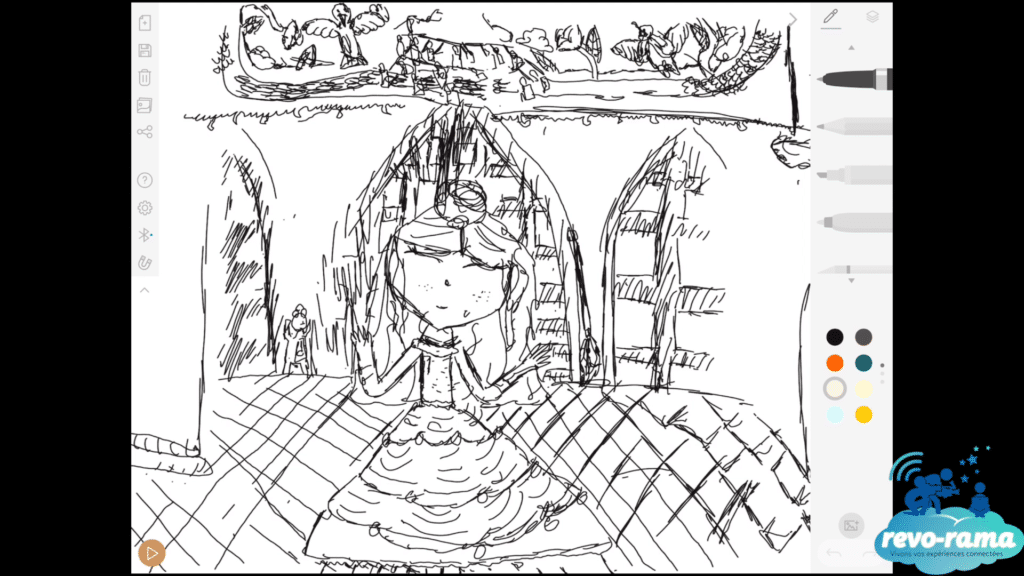 One of Léopoldine’s drawings on the Slate 2+: video mode to see all the different creation phases (Enchanted Tale With Belle!) 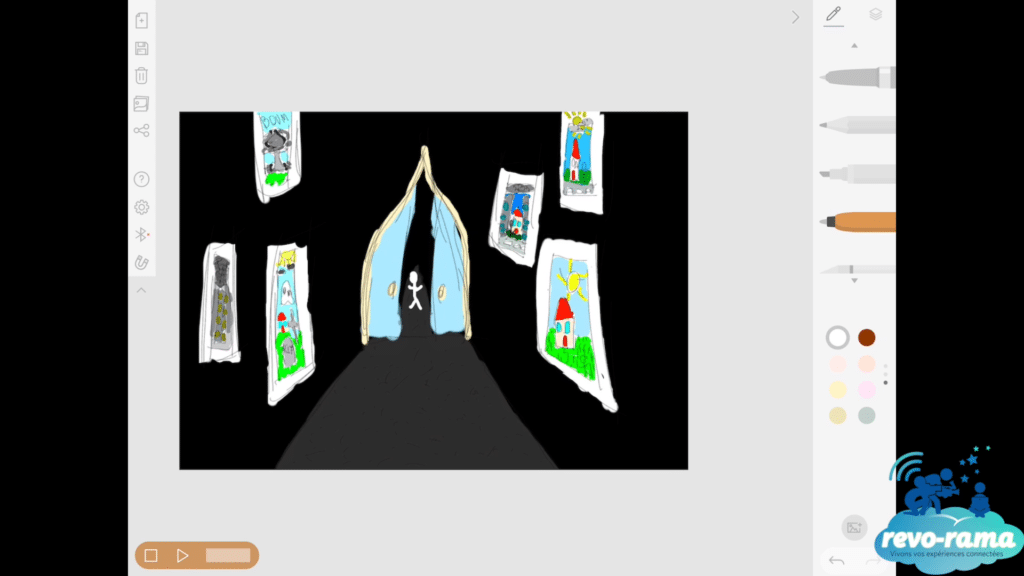 One of Léopoldine’s drawings on the Slate 2+ 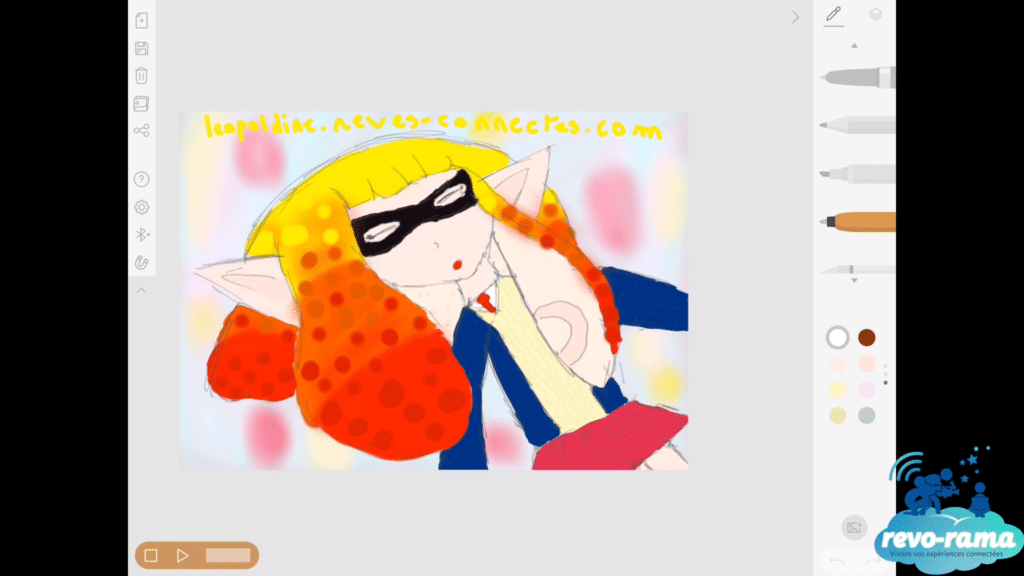 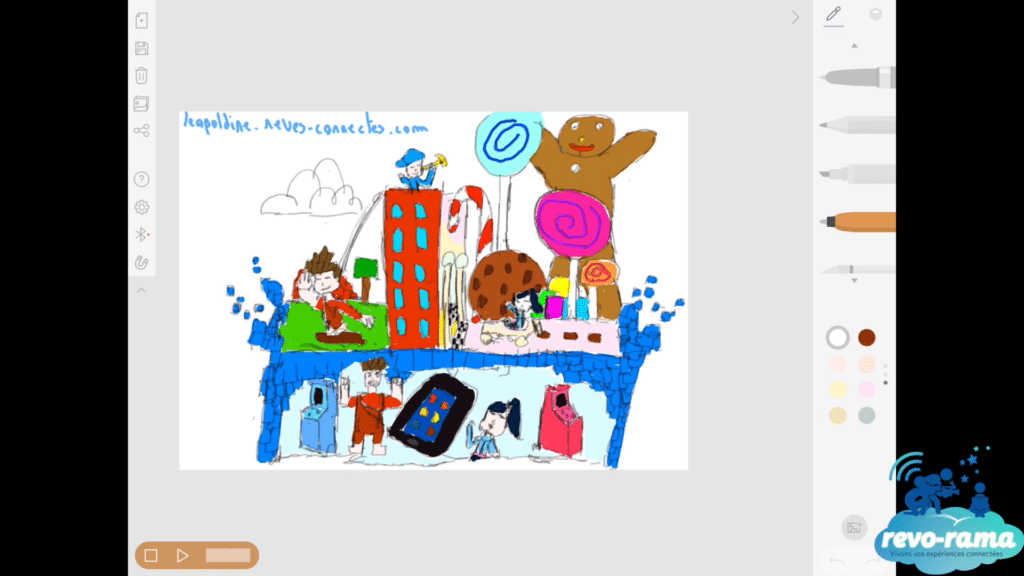 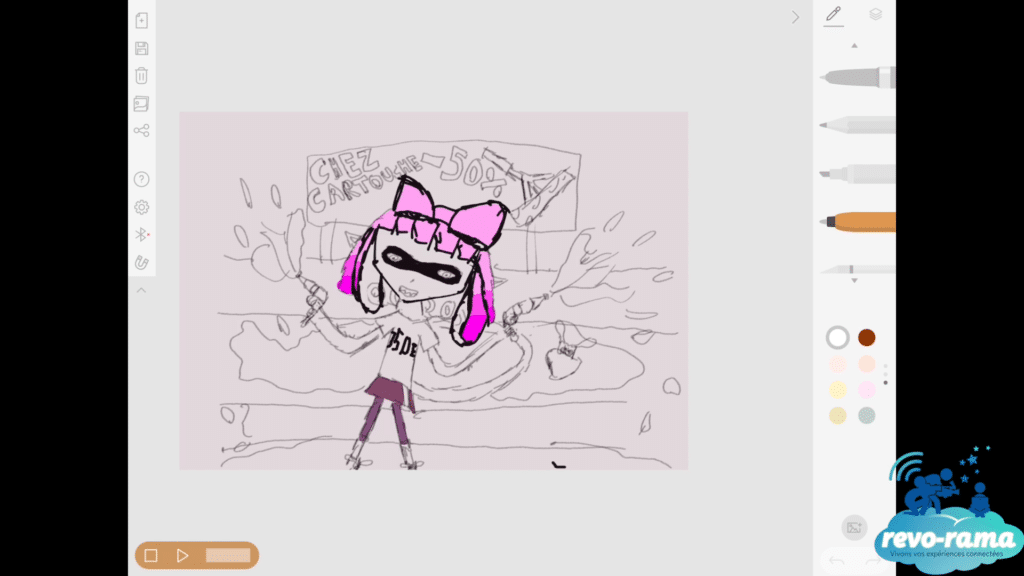 One of Léopoldine’s drawings on the Slate 2+ (Splatoon again) 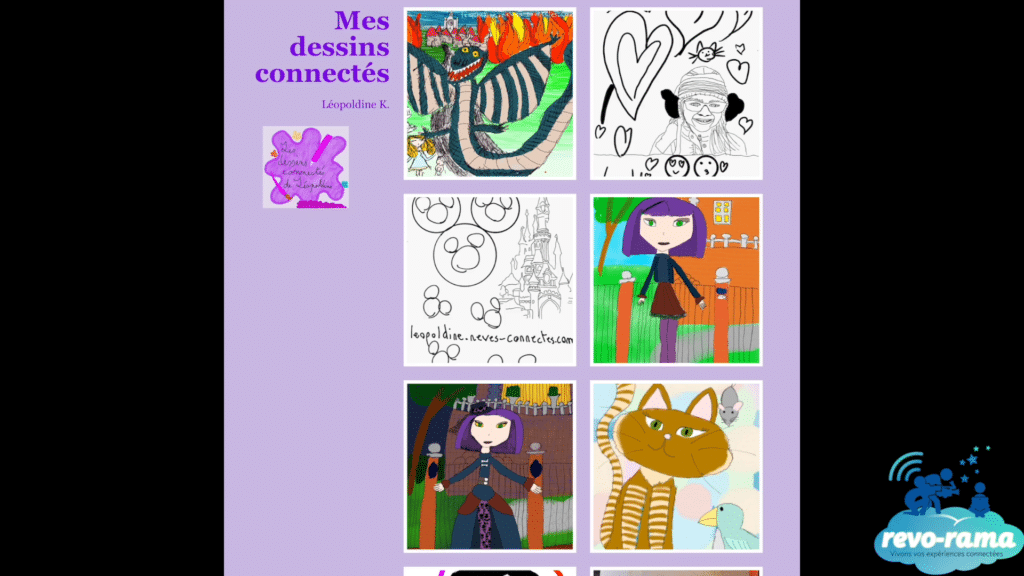 Léopoldine’s blog: My connected drawings. You can also see creations made with the Slate 2+.

So what do you think of ISKN’s Slate 2+?