Are you in a hurry? Get an overview of this feature with The Revo-Rama minute!

This is the event that we’d been waiting for impatiently. Firstly because we had really enjoyed our two previous trips to this great park, but also because we always love to discover new things, and we were dying to see how they would go about the Halloween experience.

For this first test, the park, which belongs to the Looping Group, was mainly open during the week-end and unfortunately not through the whole of the Halloween school holidays. But it drew the crowds, the queues were long and the 18h closing time was a bit brutal, we’d like to have stayed longer to make the most of it all.

Check out Halloween at the Terrifying Mer de Sable in this episode of the Revo-Rama! 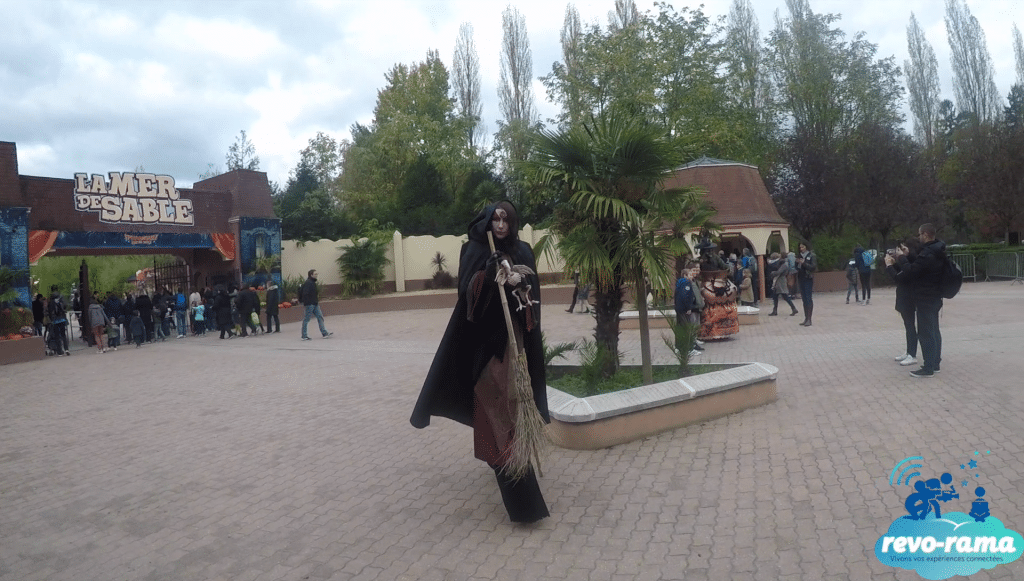 Suitably welcomed by the Witch of the Terrifying Mer de Sable! 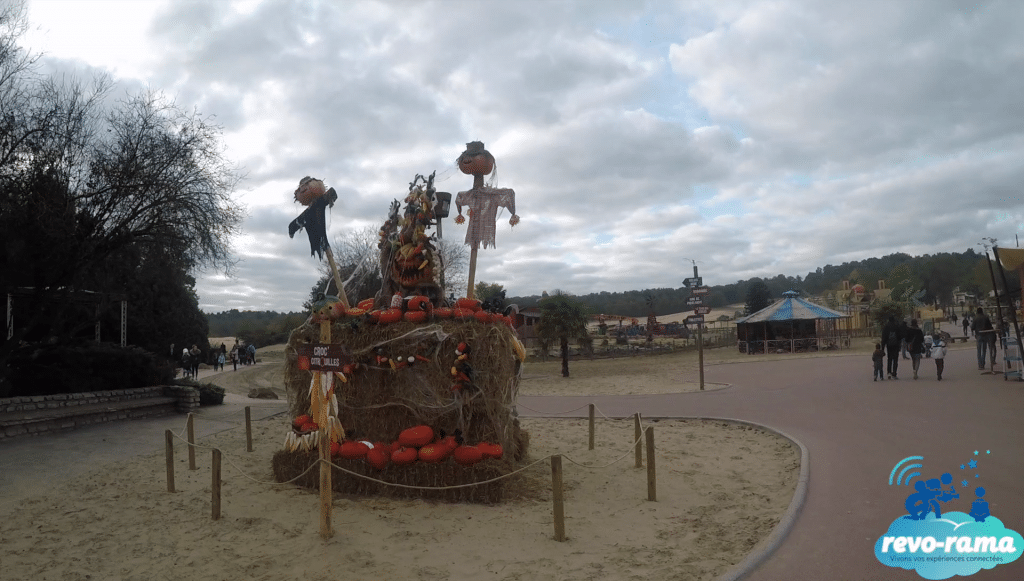 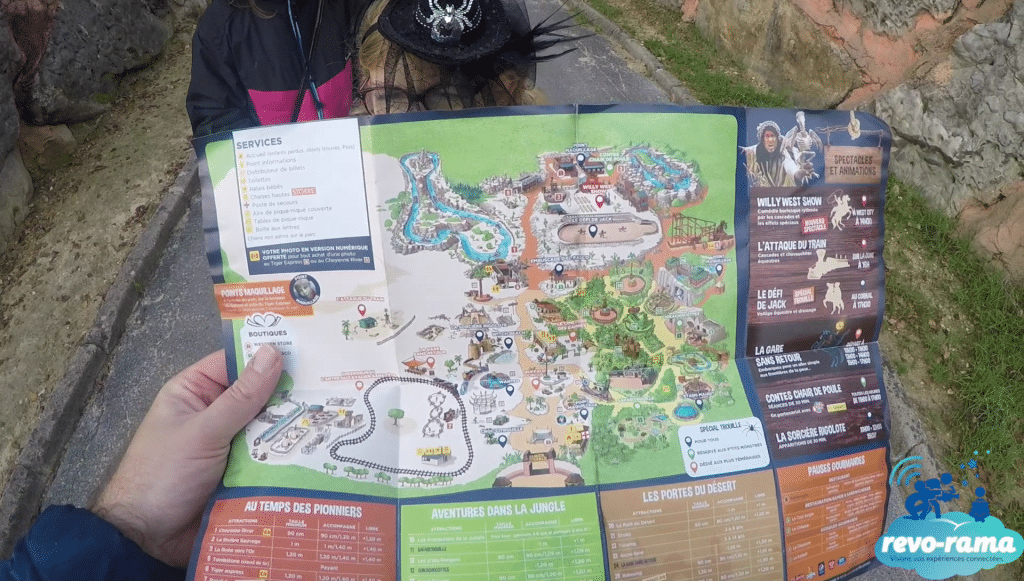 Park map and programme for Halloween at the Mer de Sable. 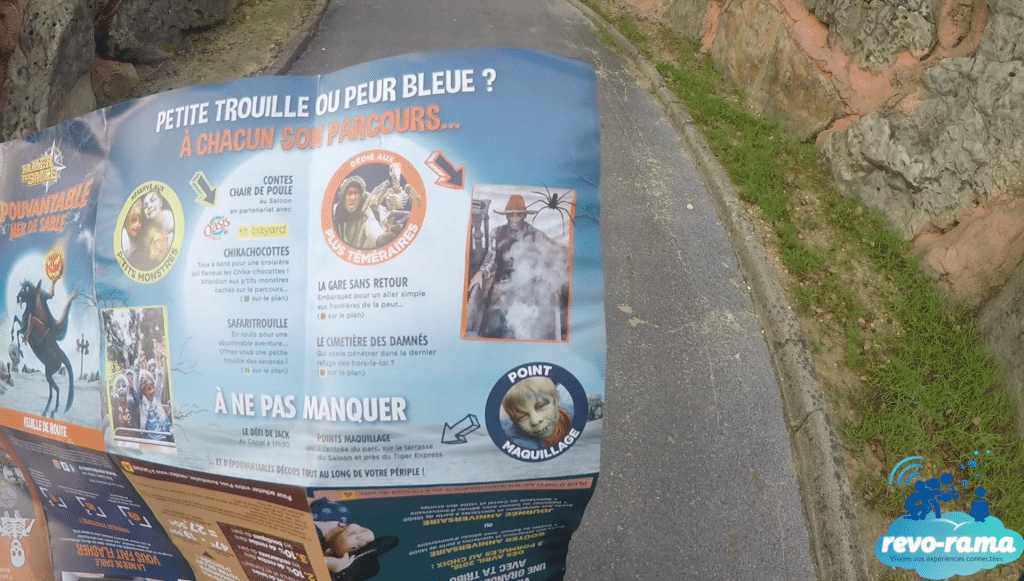 Park map and programme for Halloween at the Mer de Sable.

The atmosphere was right for the Terrifying Mer de Sable thanks to the decorations and background music all around.

In just a short time the Mer de Sable teams managed to create a real Halloween atmosphere. Pumpkins, skeletons and spiders’ webs could be seen in several places, while characters wandered around the park… and greeted us at the entrance! It helped to get us in the mood.

The music and sound effects were also great and went well with the overall theme. In so many parks this Halloween music is missing and it’s not easy to get fully on board.

We’ll take you on a guided tour of La Mer de Sable and its décor in this episode of Revo-Rama! 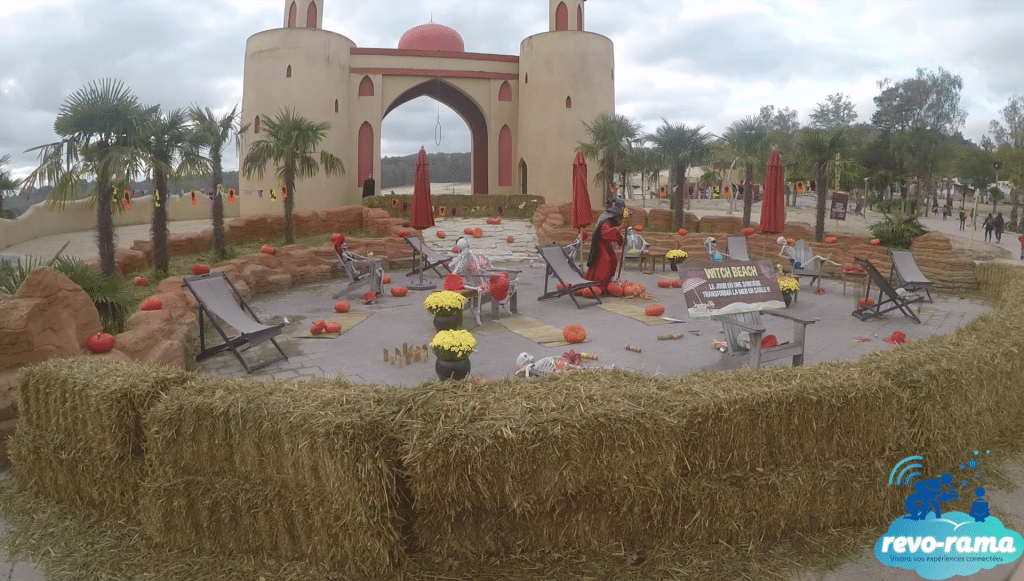 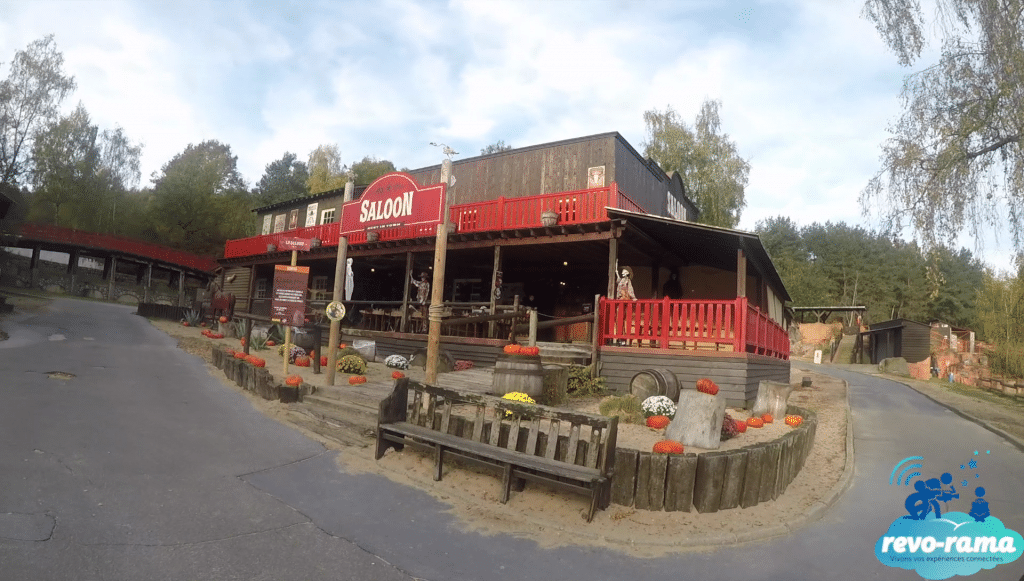 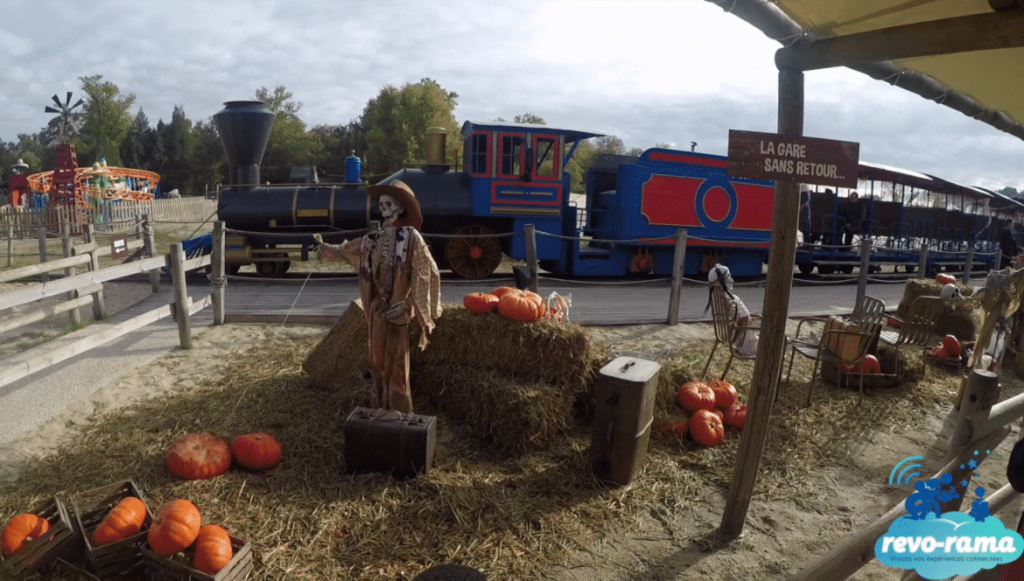 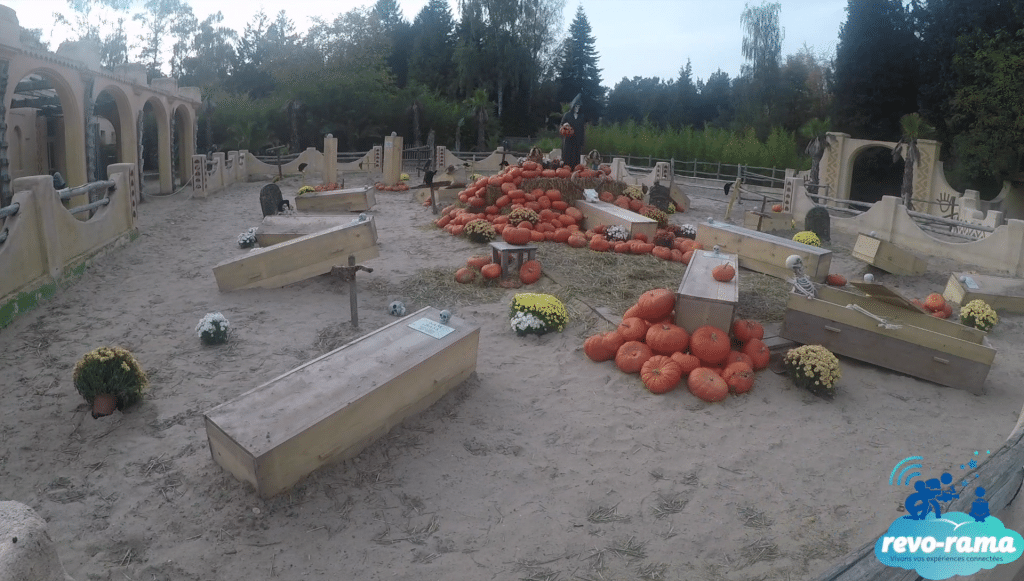 Halloween 2017 decorations for the Terrifying Mer de Sable: the graveyard of the damned. 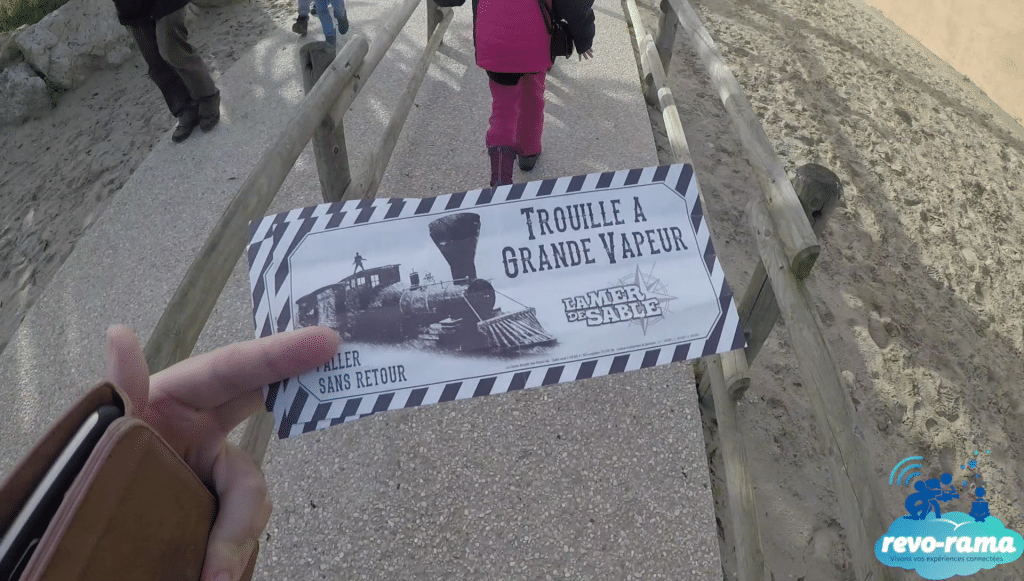 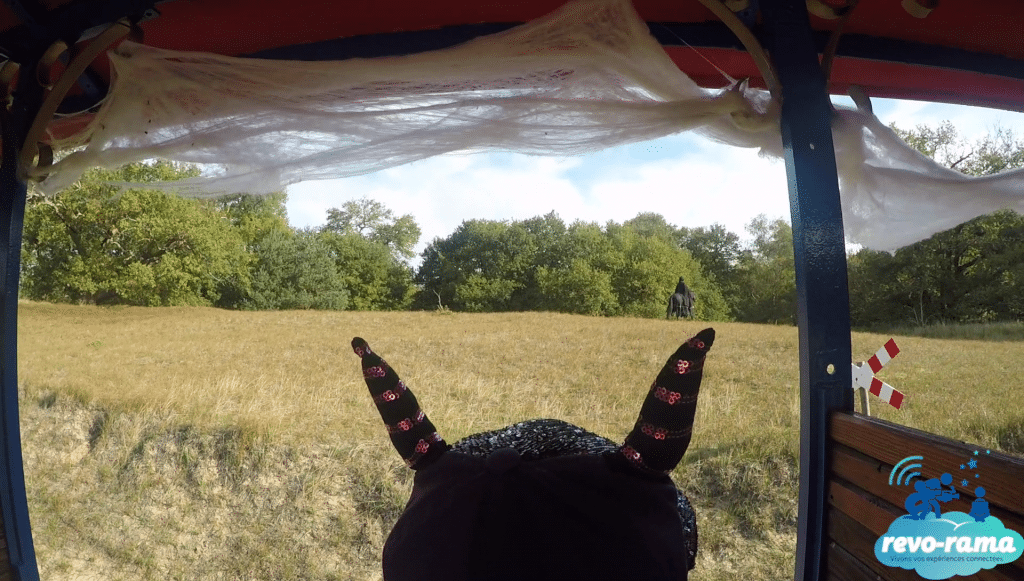 The no return station and its show bringing together witchcraft and the headless horseman. 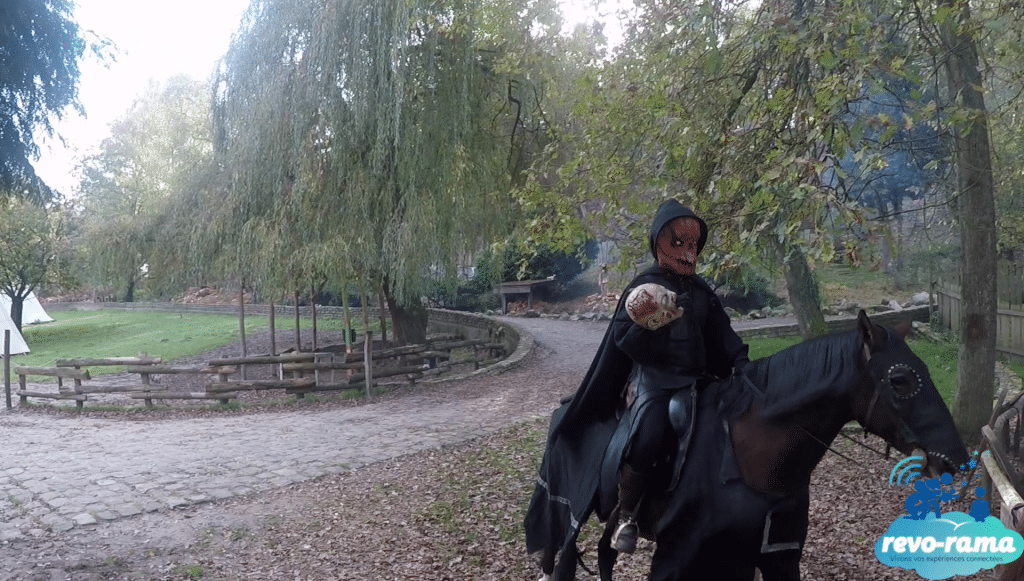 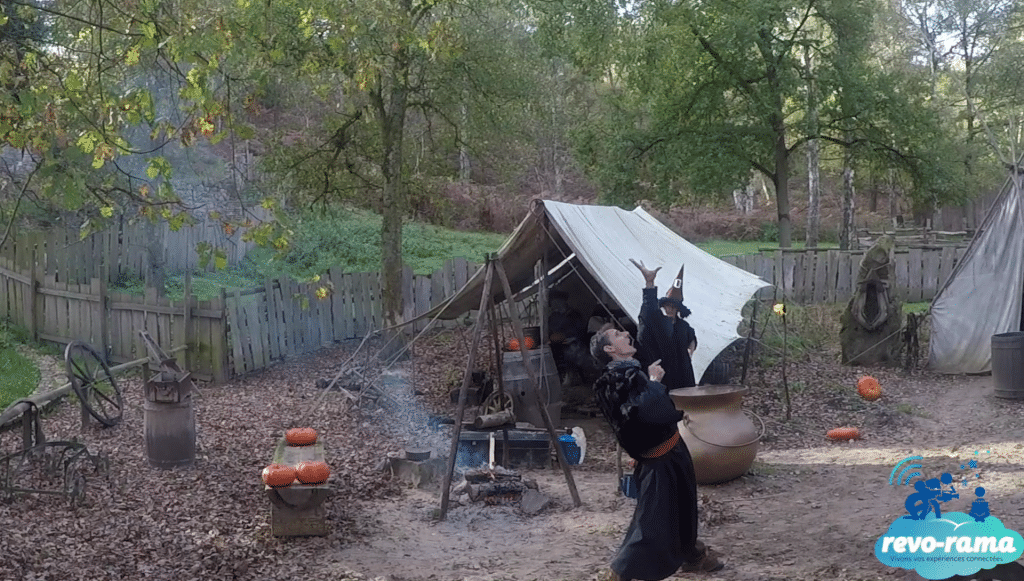 The no return station and its show bringing together witchcraft and the headless horseman.

Great shows, and on the right tracks for theming the attractions and restaurants.

While all of the Mer de Sable shows are fun to watch as a family, the best one has got to be “La Gare sans retour” (the no return station) for “Une Trouille à Grande Vapeur” (a high speed thrill). The train and the area of the park where the train arrives are really well used for this trip to meet with strange characters like the Headless pumpkin horseman. They’ve really put a lot of thought into it.

The only restaurant open was the “Rata-trouille” (play on words with Ratatouille and fear) which is a bit of a noisy cafeteria with not enough decor to justify its change of name. It was a pity the Saloon was closed for the goose bumps stories show, which probably very few visitors got to see. Combining the stories and lunch together could be an excellent idea.

Come attractions have been renamed, the Chika’Pas Chocottes for example which is a scenic tour with pumpkins and skulls here and there. A good idea that could be taken a bit further.

As well as Halloween specifics we also discovered the new attractions that had been added since our last visit, in particular a Disk’O Coaster called Simoun and a ride on rails called “Bandidos”. They were good, and others will be added next year, like the flying chairs (it’ll be good to see them).

Come with us on these attractions, with our on-board camera, in this video feature of Revo-Rama! 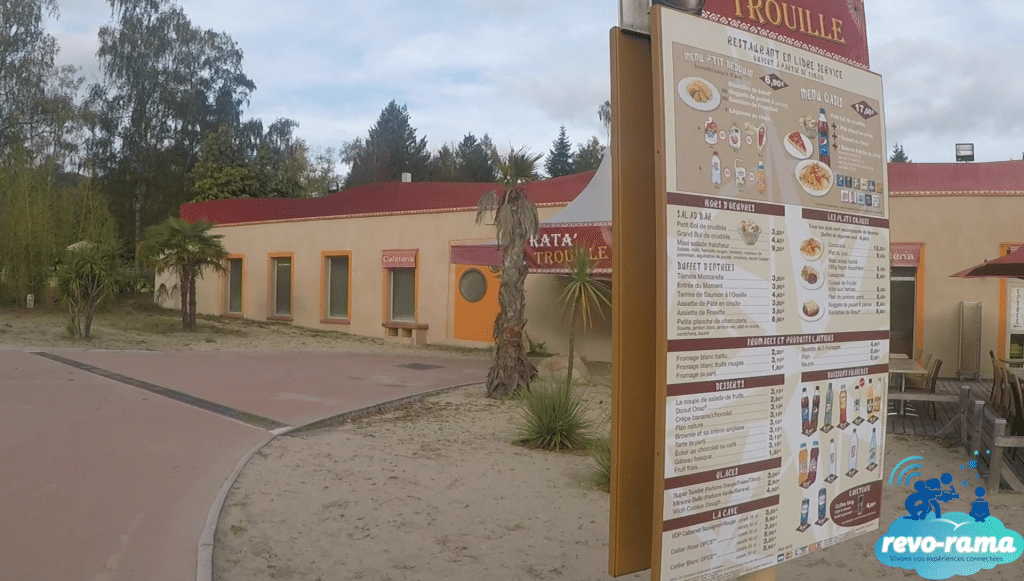 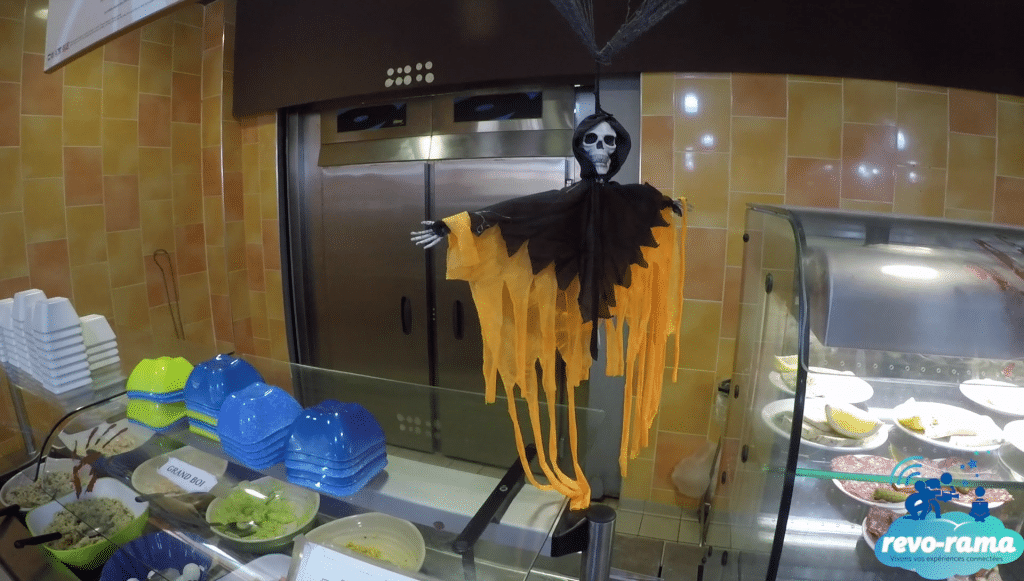 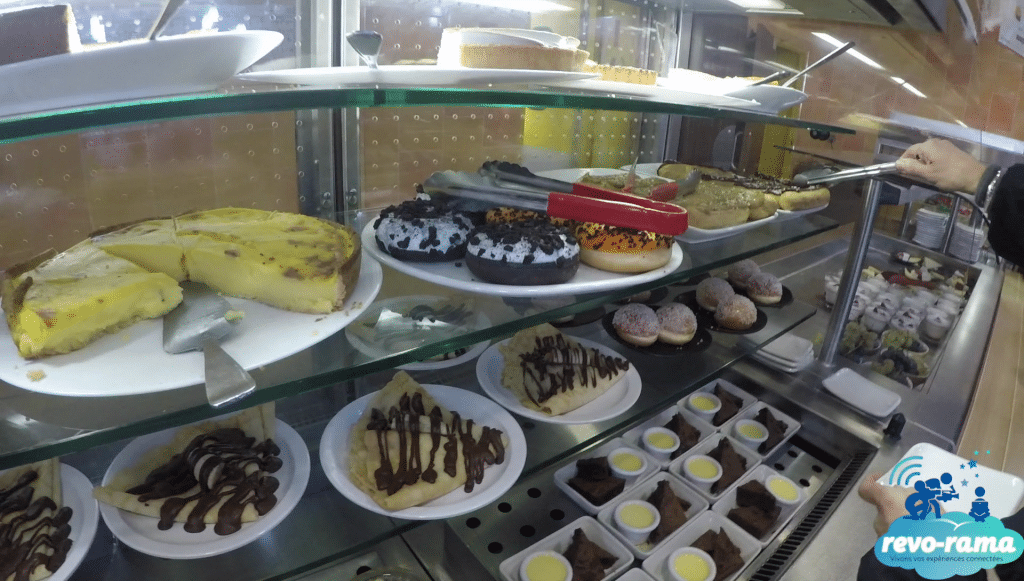 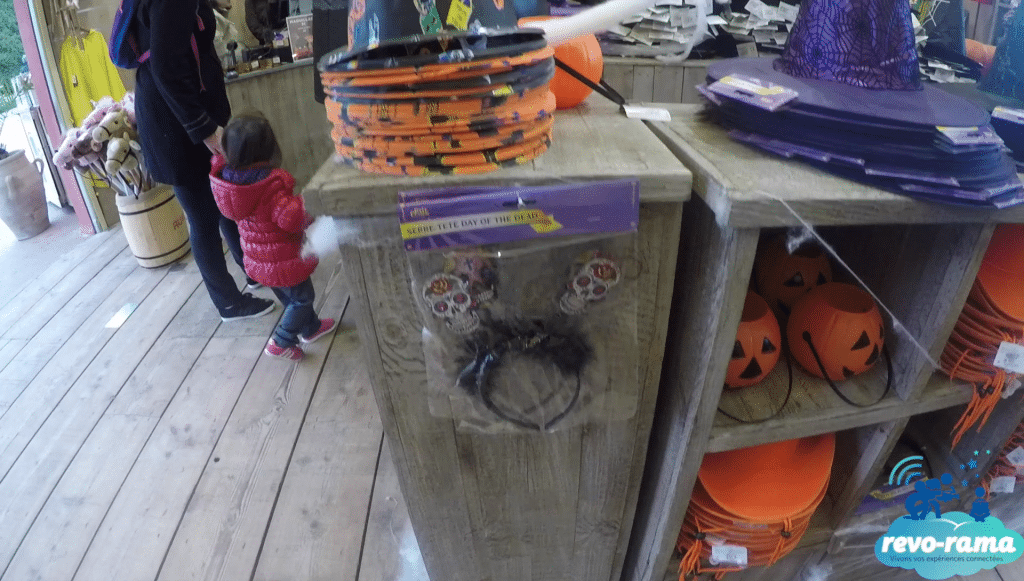 Merchandising is getting off the ground slowly for Halloween at La Mer de Sable.

It was a great day out, ideally the park should be open at least all through the Halloween holidays, and with longer opening hours so that you can do as many attractions as possible. The more visitors there are, the more chance there is of this happening. A little shuttle bus from Parc Astérix, Charles de Gaulle Airport or even Survilliers-Fosses would be great (we took a taxi from the RER D).

To sum up, lots of positive things for this first Halloween which we hope is just the start of more to come. And don’t worry, even the scariest attractions at the Mer de Sable are really family orientated. 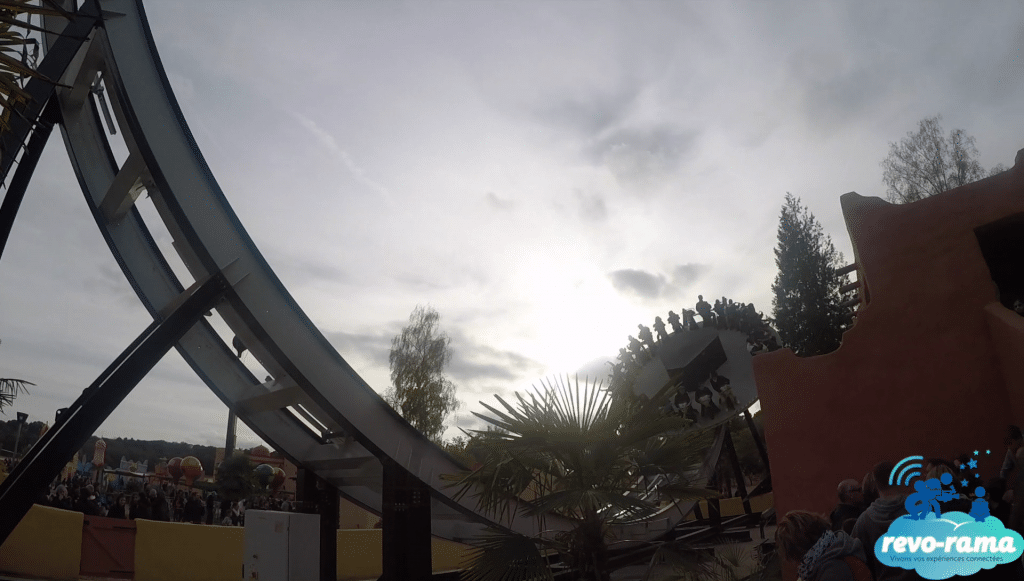 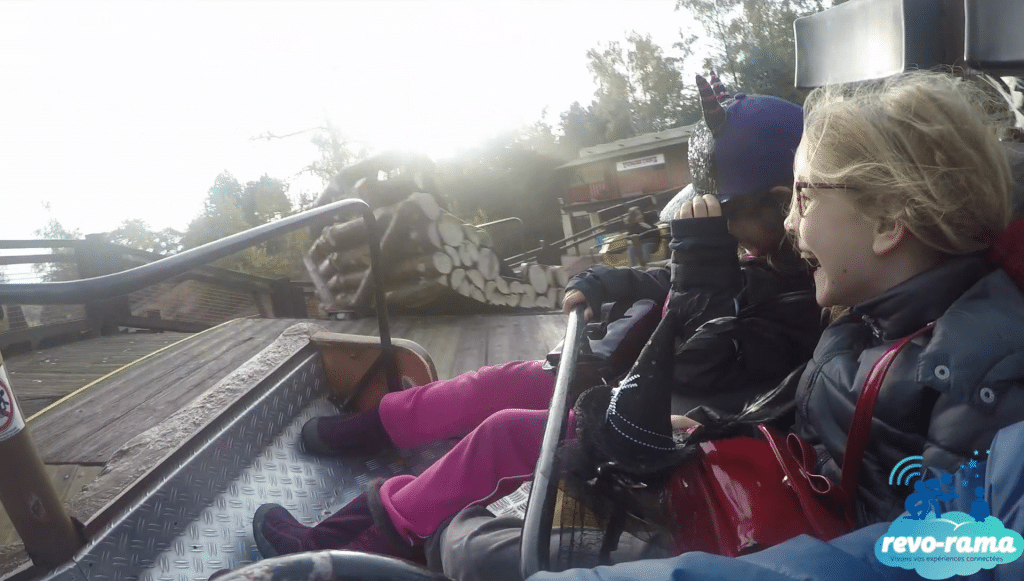 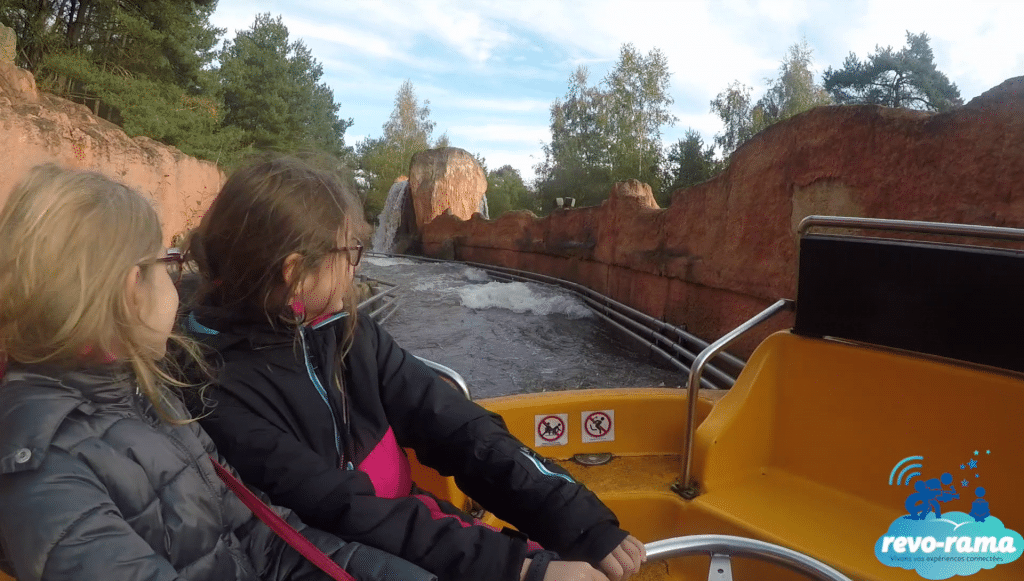 So what did you think of the Terrifying Mer de Sable?