Are you in a hurry? Just for you, an overview of this feature with the Revo-Rama minute! ?

1 minute to check out the #GoogleHome assistant that we tested for a month? It’s possible with the Revo-Rama minute! ? (We hope that @Google don’t hold grudges ?) pic.twitter.com/n4nXMAZdsG

Close encounters of the third kind with our home assistant? It’s not an extraterrestrial but definitely a choice new occupant of our smart house, an unusual inhabitant that we were impatient to meet.

After the Smartphone assistants like “Hey Siri” or “OK Google”, with their various imperfections, now they’re coming as autonomous speakers: first Google Home and soon (postponed to 2018) the Apple Homepod.

It’s time to start unboxing the Google Home in this video episode of the Revo-Rama! 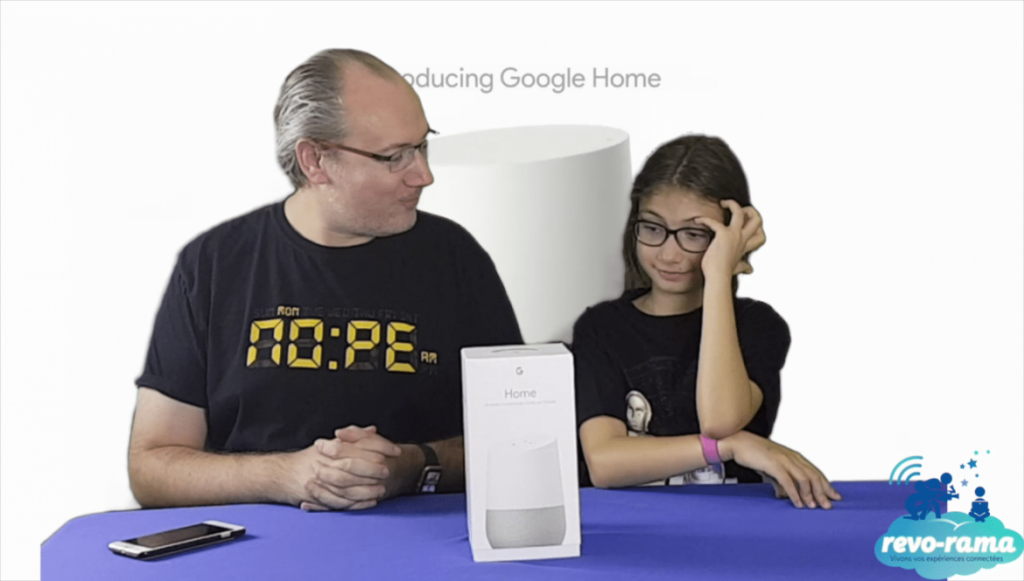 The Revo-Rama family test of the Google Home assistant 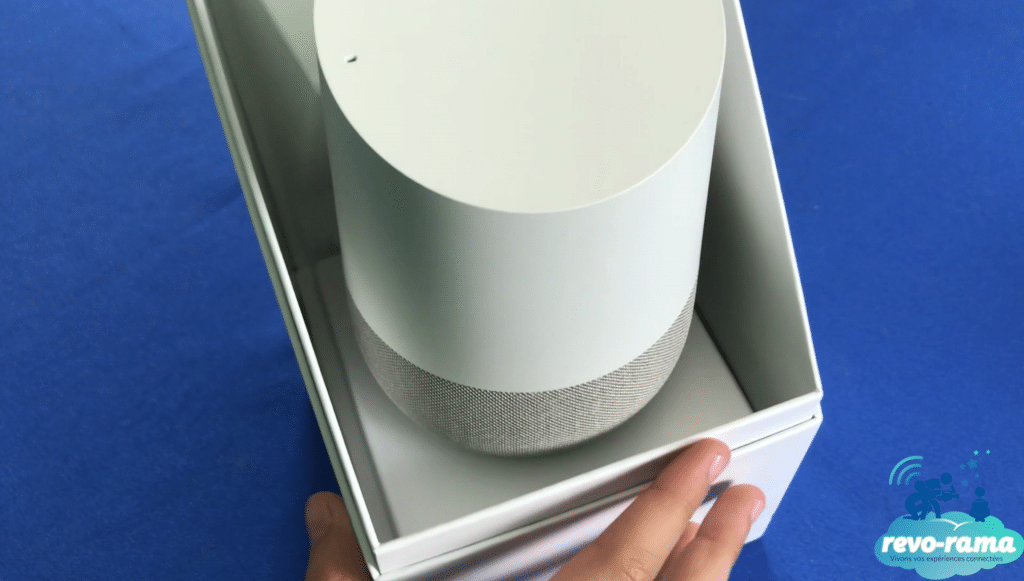 Google Home: The packaging is simple but high quality. 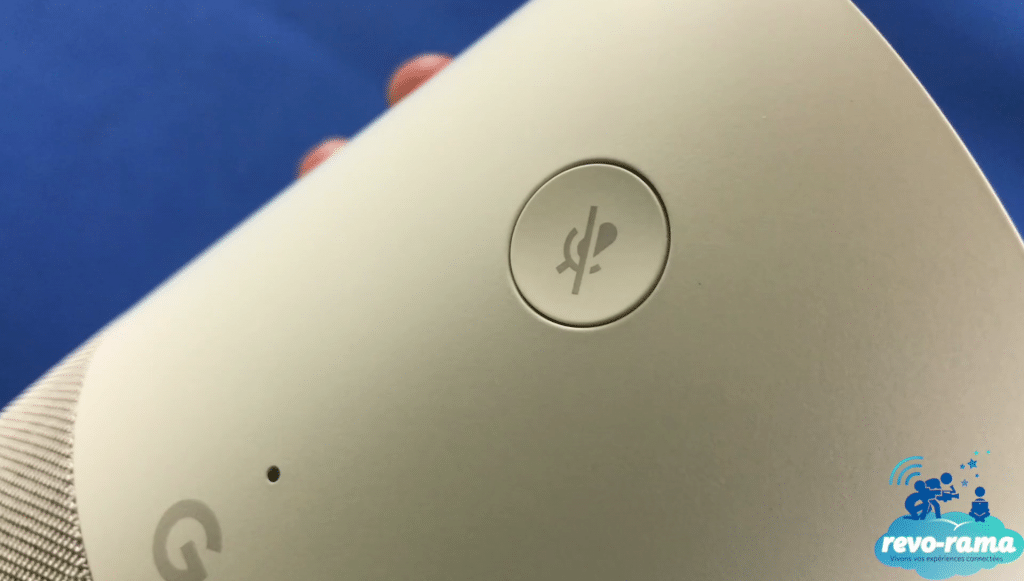 Google Home: A button for cutting off the microphone, but who really uses it? 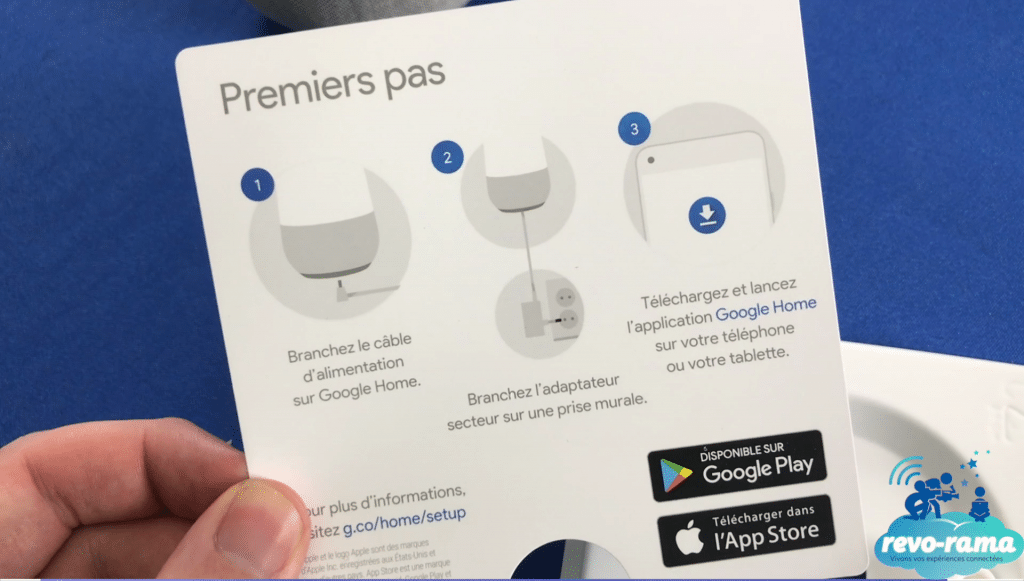 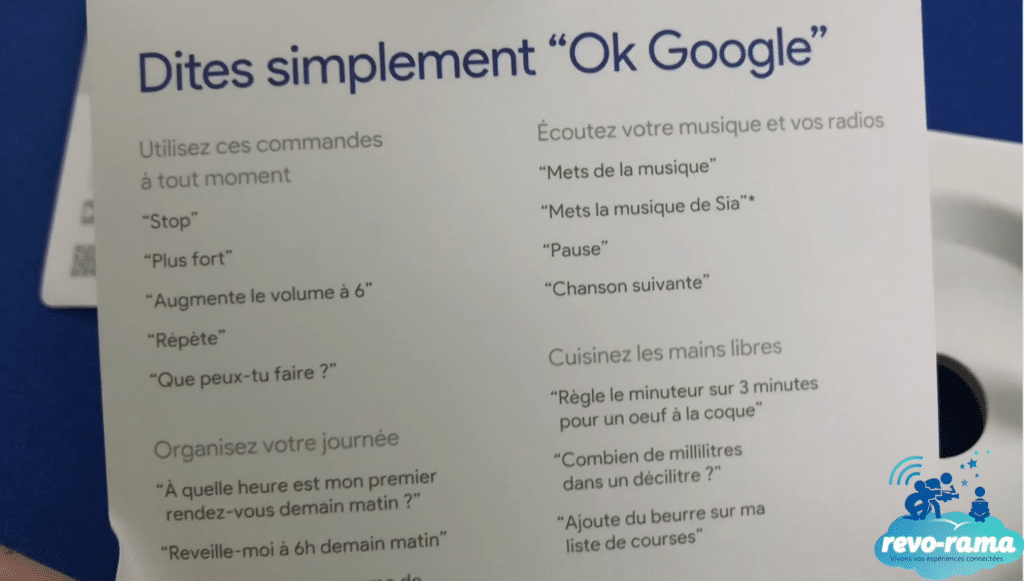 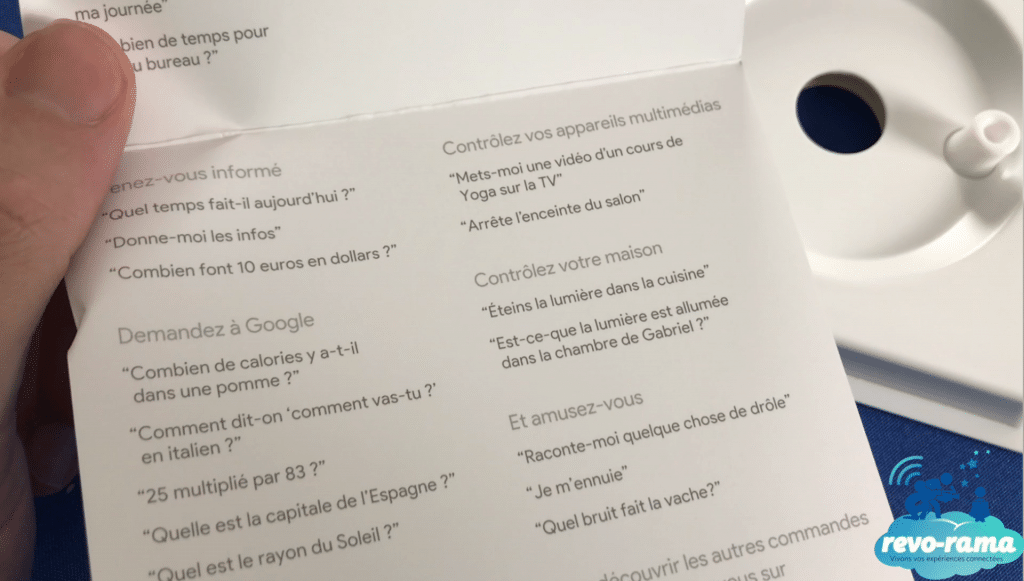 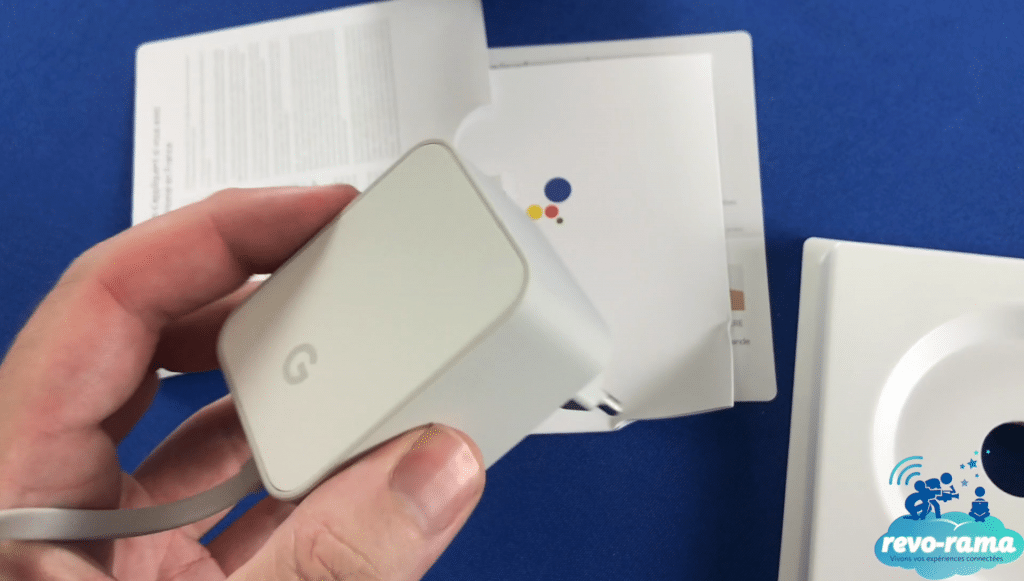 Google Home: The plug is super modern. But the cable isn’t removable. 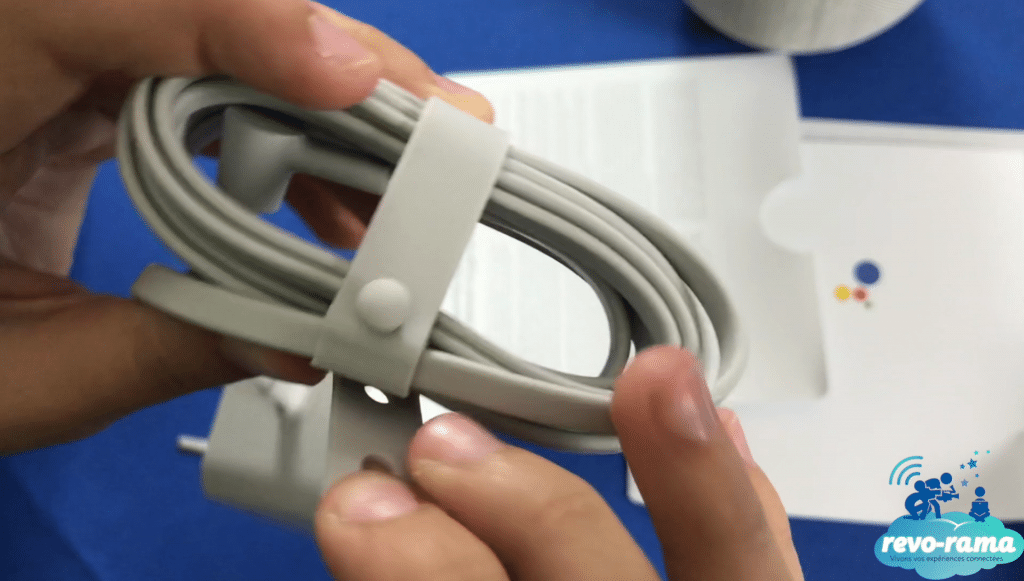 Google Home: An elegant bracelet for the cable. 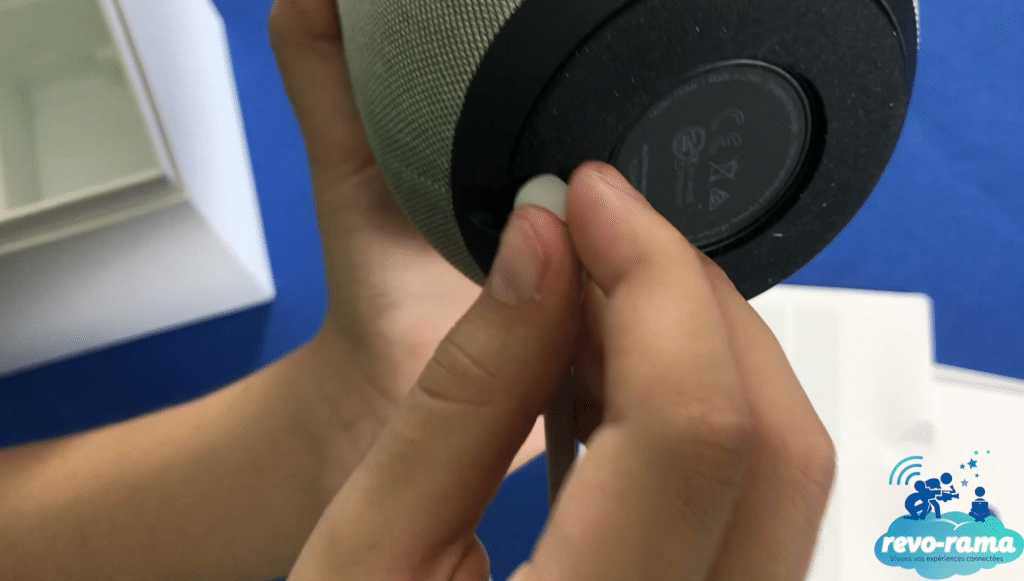 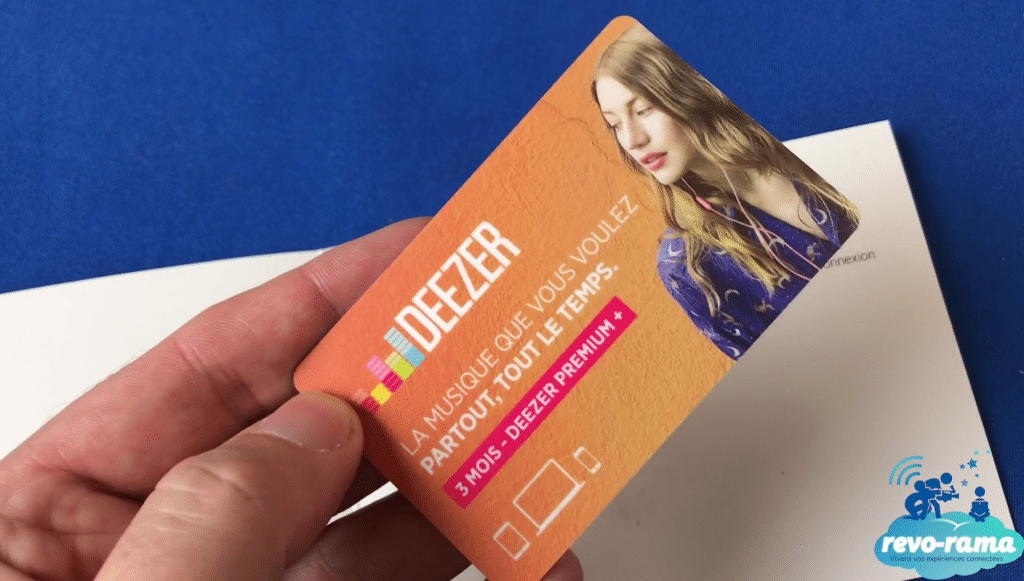 Waking up Google Home through its mobile app for iOS and Android.

It’s time to wake up our sleeping beauty. To do this, you need the Google application, which we already use for Chromecast. Unlucky, we had to start again as the application bugged. Set up is pretty standard, you connect to Google Home, tell it which WiFi network to use, give it a name…

The second stage is connecting services that it can use. There are lots of connected objects on the list, but the only things we have from this list are the Philips Hue lamps and Chromecast. We would have hoped BBox Miami (under Google TV) might have slipped into the list to control the TV and the Replay, but apparently not.

The real disappointment was the IFTTT whose applets/applications don’t work. Is this because we’re using French? Impossible. It’s a pity because it would have enabled us to post on the social networks among other things. The French have always had problems with the Google and Apple services.

Off we go to install and wake up Google Home in this video episode of the Revo-Rama! 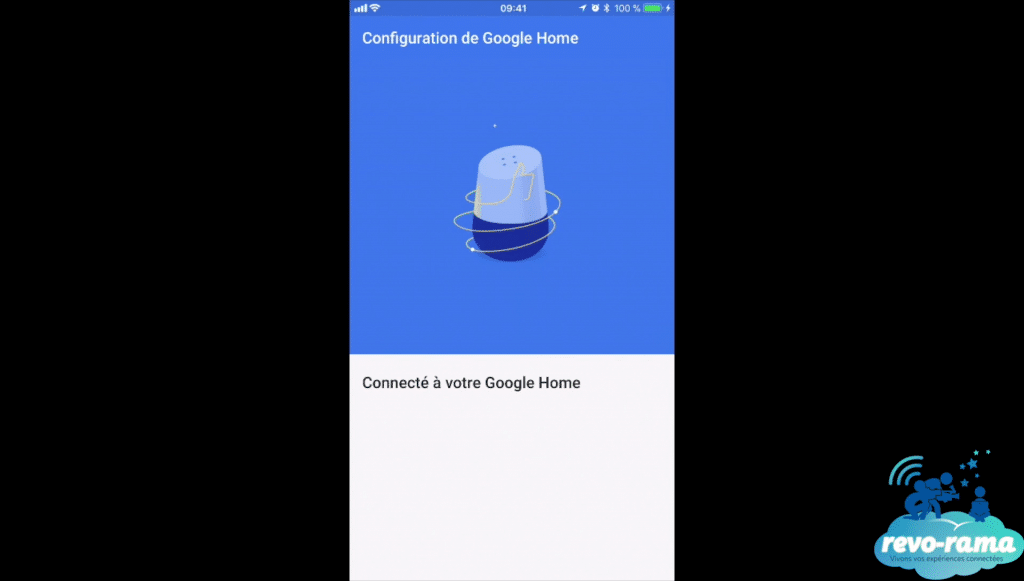 Google Home: Set up – Linking to our WiFi network 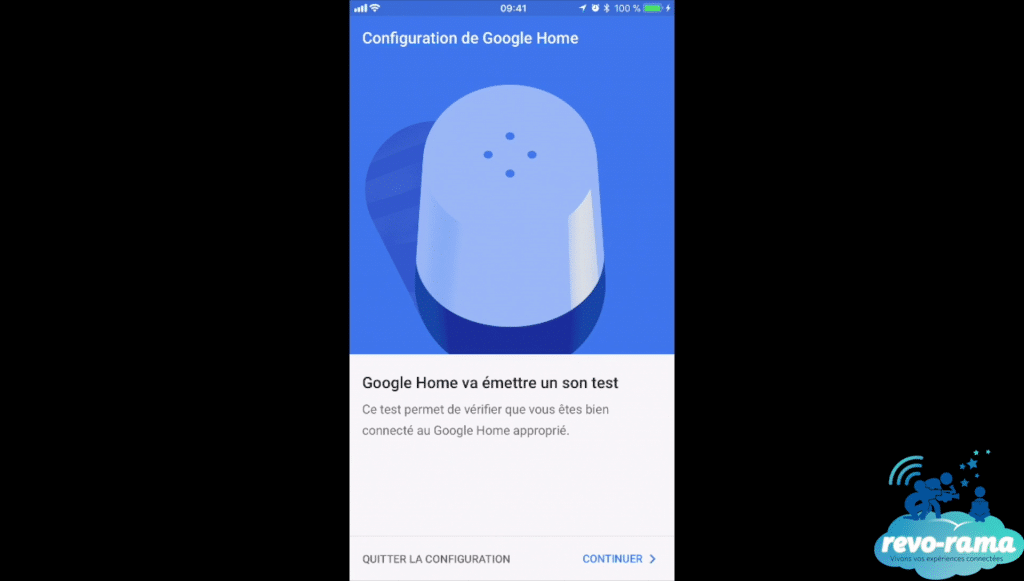 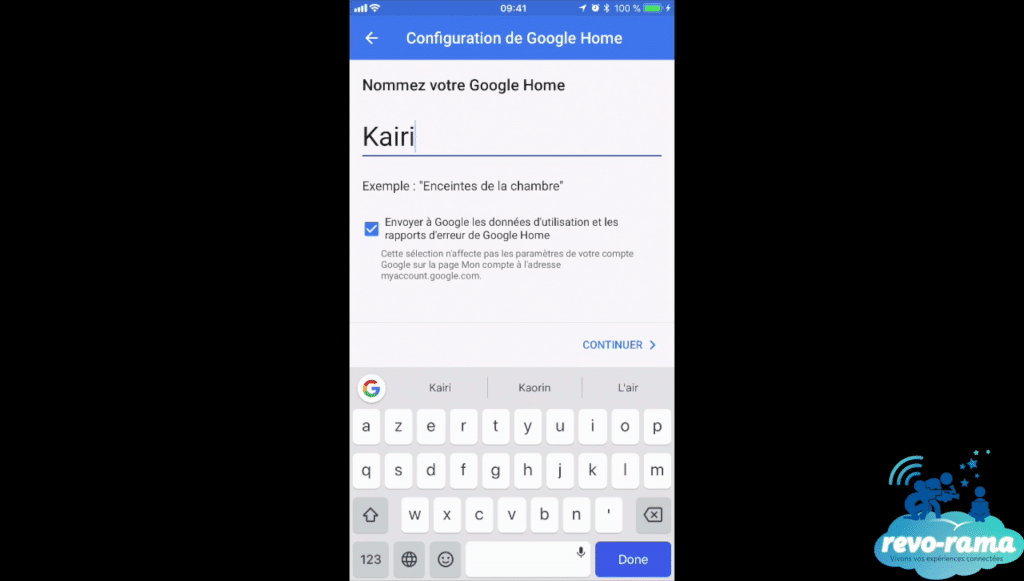 Google Home: What will we call ours? Let’s call it KIRI! (After Sora for Chromecast and Riku for the camera) 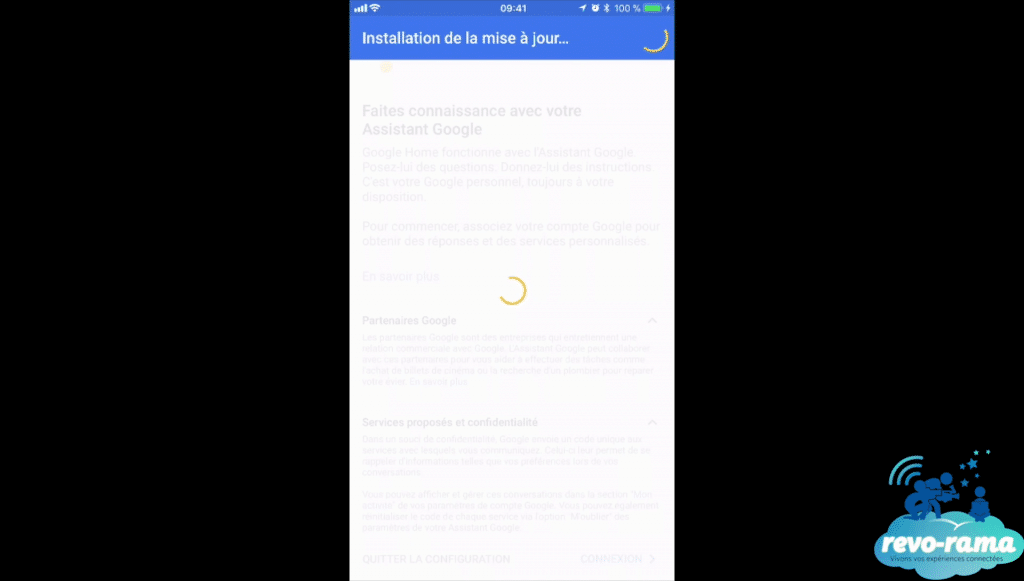 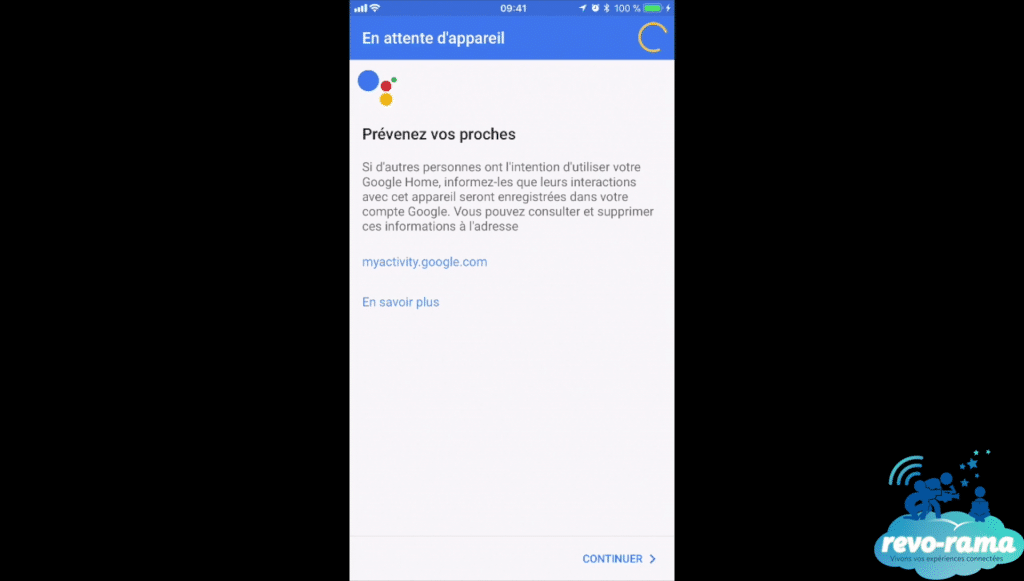 Google Home: Tell your friends, their activity with Google will be recorded in your account… Should we be worried? 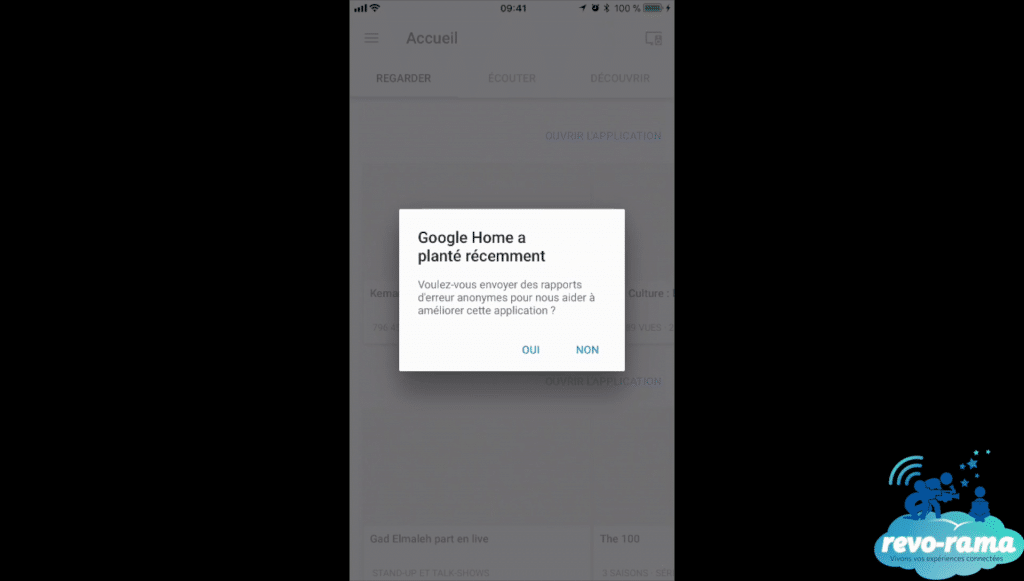 Google Home: The mobile application bugged during the installation… 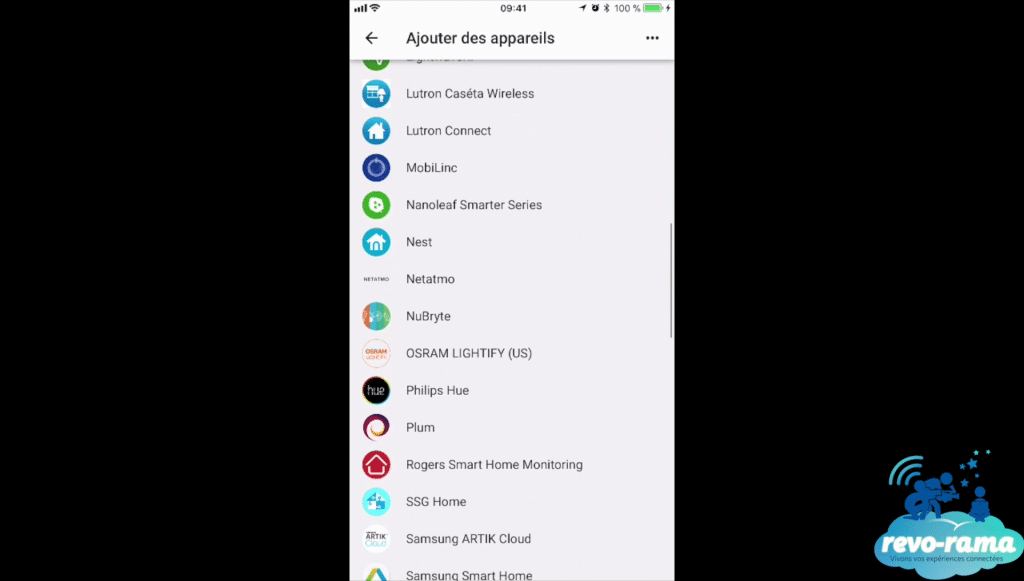 Google Home: There are lots of compatible connected objects but they’re not well known. 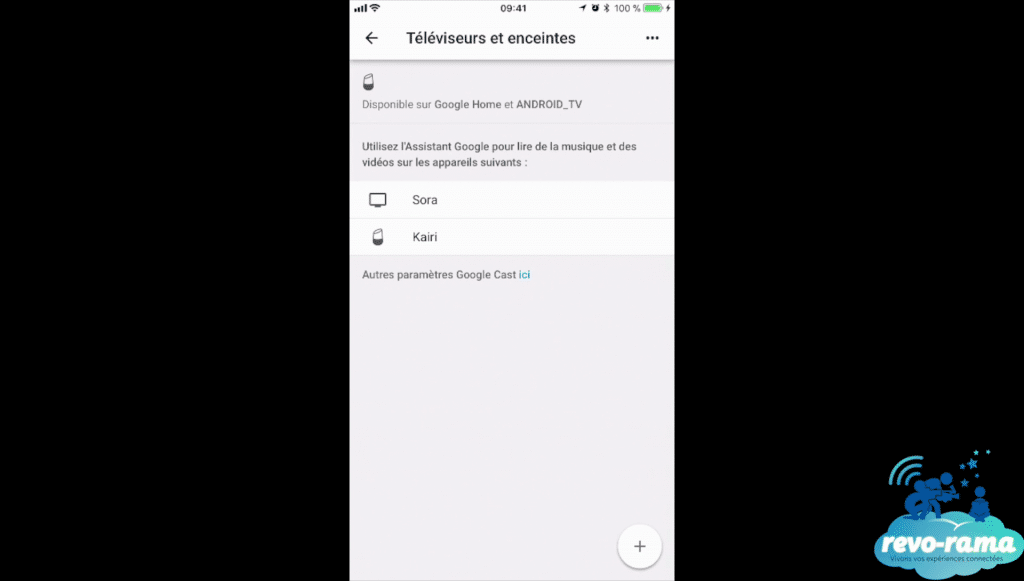 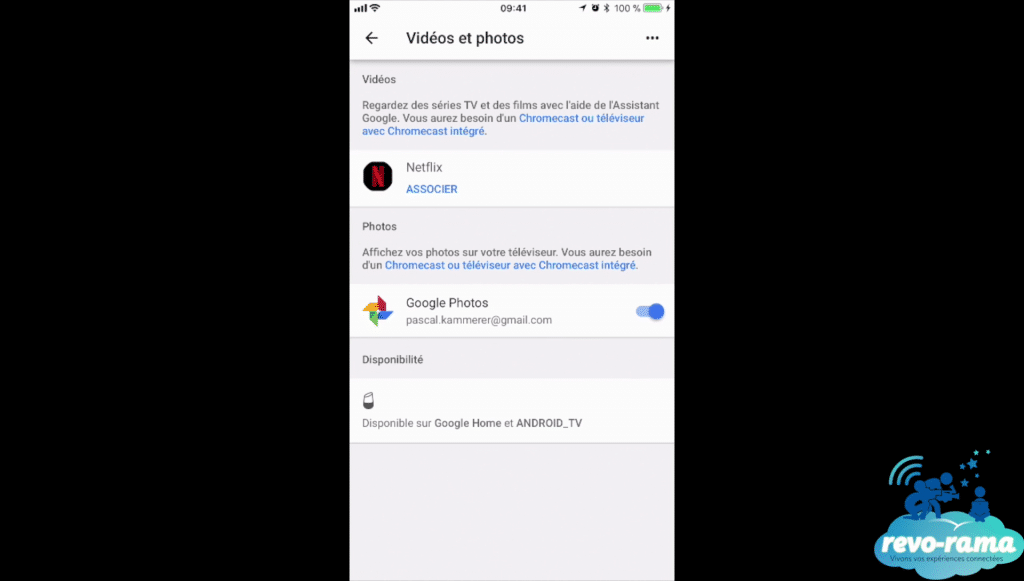 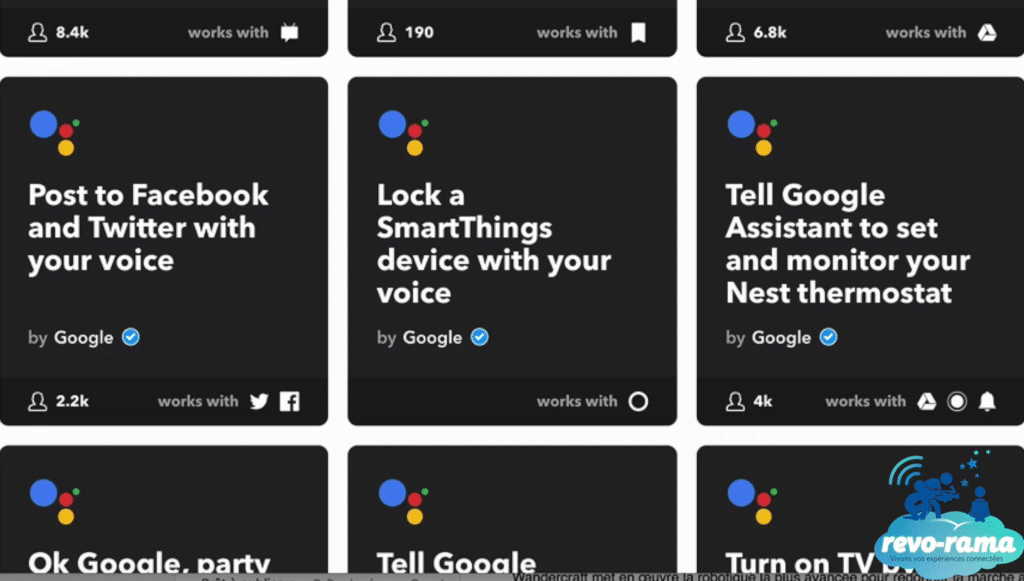 IFTTT was promising great things for Google Home. Is this just for English speakers? 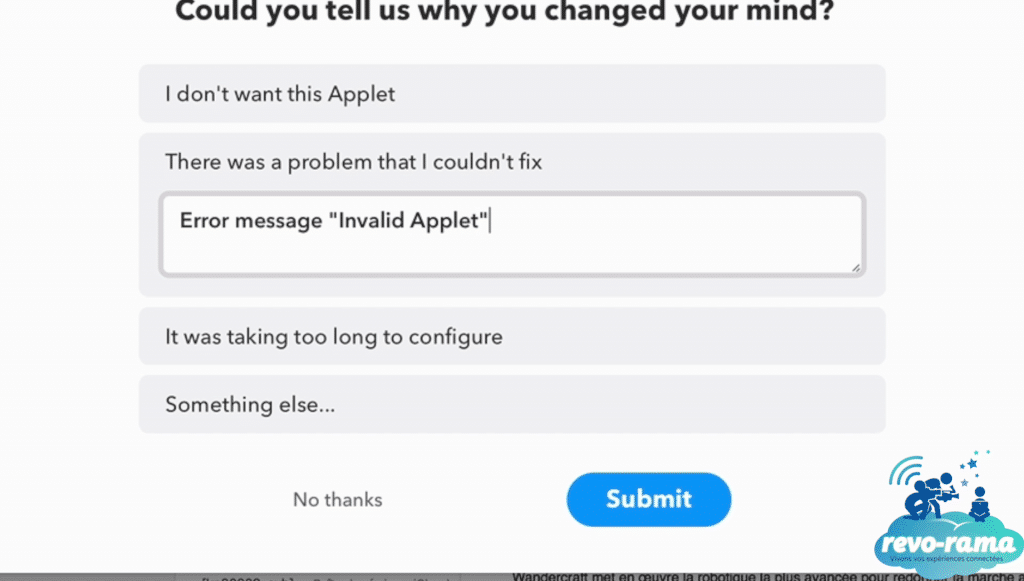 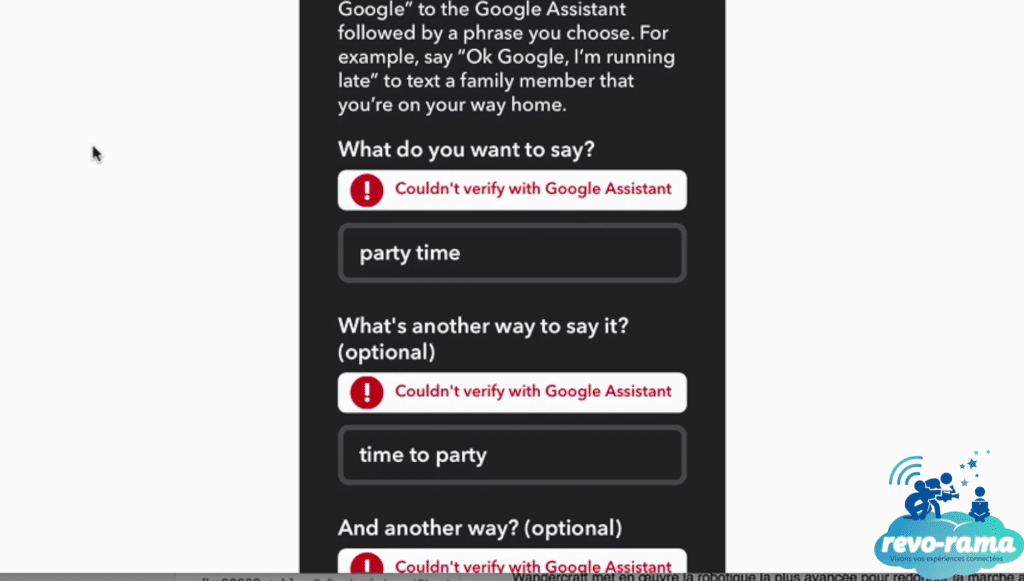 We tested Google Home for a month, and the good news is that it’s still here. Certain commands work well, for example the Hue lamps (switch on / switch off / change colour), the weather, radio streaming, enough to start enjoying it.

Unfortunately it doesn’t always understand us and we have to repeat ourselves a lot. Or her answers are surrealist (beyond Wikipedia and certain sources) like offering to get us to Orlando by bus. It’s gonna be complicated.

The biggest disappointment was its incompatibility with iTunes / Apple Music (we should have expected this). Worse still, streaming from Spotify on Mac OS only worked once (or it can’t find the peripheral device), and when you ask it to find a particular song it can have disastrous results. We were pretty disappointed with the speaker function and hoping to get comfort from the Homepod.

Check out our full tests and discussions with Google Home in this new Revo-Rama video! Don’t miss the part with Karen Cheryl! 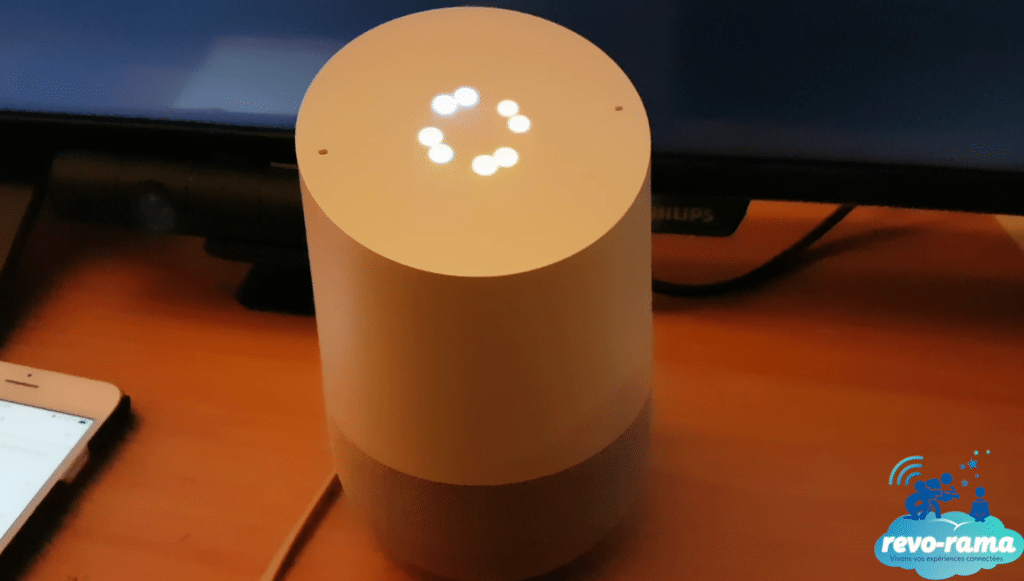 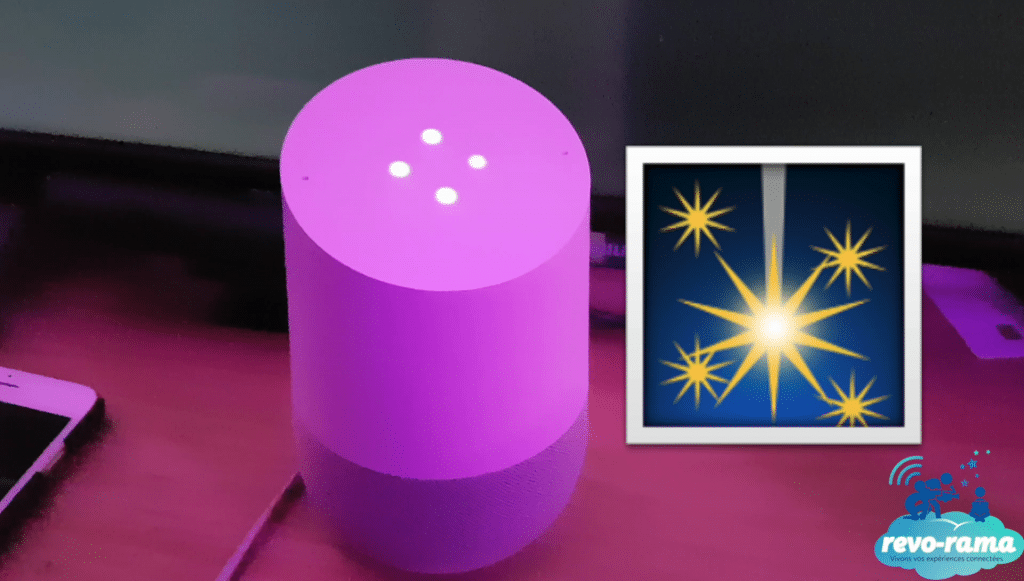 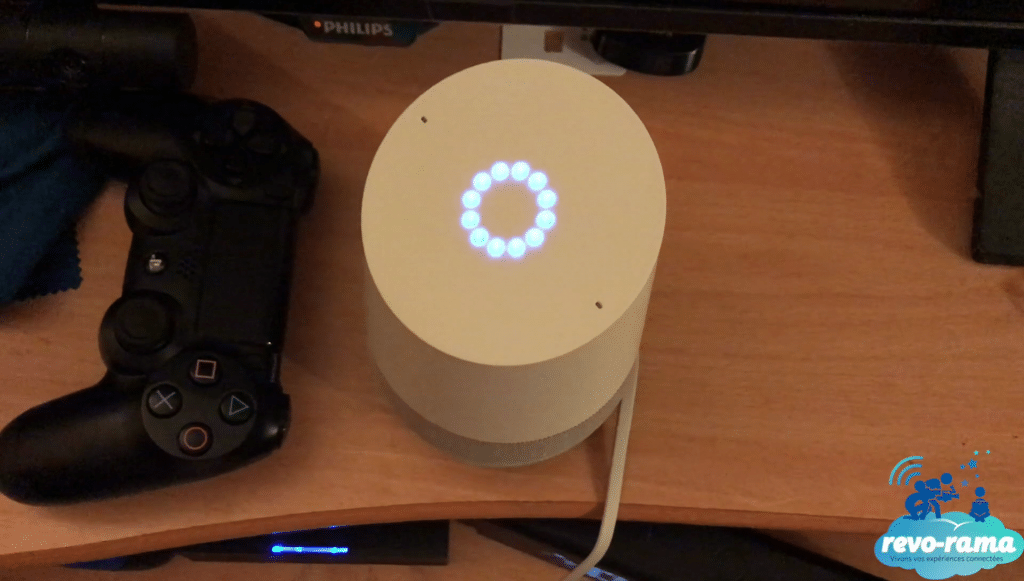 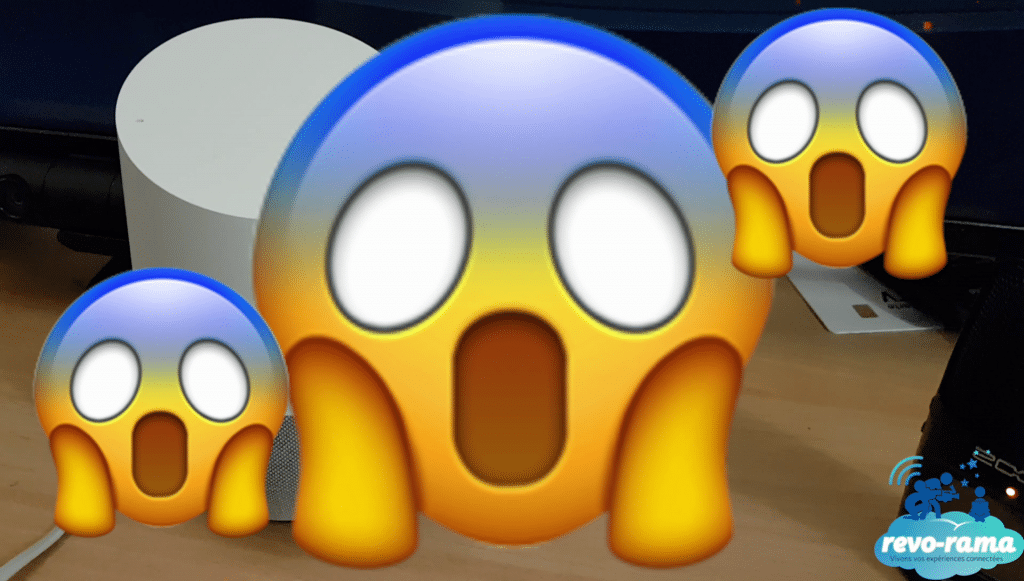 To sum up, we’ve got mixed feelings. There’s definitely room for improvement, and we’re keeping an eye open to see how Google reacts, as we did for the instant translation and the Waymo autonomous car!

Google Home in action: Paris to Orlando by bus?

So what do you think of the Google Home assistant?