(You can choose French or English subtitles on Youtube)

Efteling. An enchanted kingdom with more than meets the eye

May 25, 2012, that’s the date on which I published my first article on the Efteling park, where I stated that I wanted to discover the park. 1500 days went by before my wish came true. About time! And it was worth the wait. In the meantime we had discovered or rediscovered Europapark and Tripsdrill in Germany, and continued our investigations in France. Soon we’ll talk about another European country.

Disneyland Paris, the park that’s closest to us geographically and for which we’ve had an annual passport for the past 6 years, has visitors from France (49%), the United Kingdom (16%), Spain (9%), Benelux (6%) and the Netherlands (6%). For Efteling, almost unknown in France despite its age (official inauguration in 1952… which is 3 years before the Walt Disney Magic Kingdom in California!), the visitors (4.68 million in 2015) come mainly from the Netherlands with a few Belgians. However the Dutch park has ambitions which we illustrate in our own way “Efteling targets visitors from countries further away, such as Belgium, Germany, the United Kingdom and France.”

Whereas Disney spent colossal amounts on making Disneyland Paris magnificent for its launch, but is constantly in trouble trying to maintain its standard of excellence and keep renewing the park (the last emblematic attraction “Ratatouille: The Adventure” was inaugurated in 2014), Efteling has developed gradually, year after year, and could become a challenger for the Parisian resort in the heart of France (that would be a good thing, as a little healthy competition in the world of wonders wouldn’t do any harm). And, the beautiful city of Amsterdam is not far away (an article on that in an upcoming episode).

To finish the comparison, we’re well placed to make this comparison as we did both parks within a week of each other, Efteling has its own personality and identity and its very own way of telling stories.

In short, we did not have the same impression of “déjà vu” as we did at Europapark. Efteling is an original park which we invite you to discover in video in this episode of the Revo-Rama! 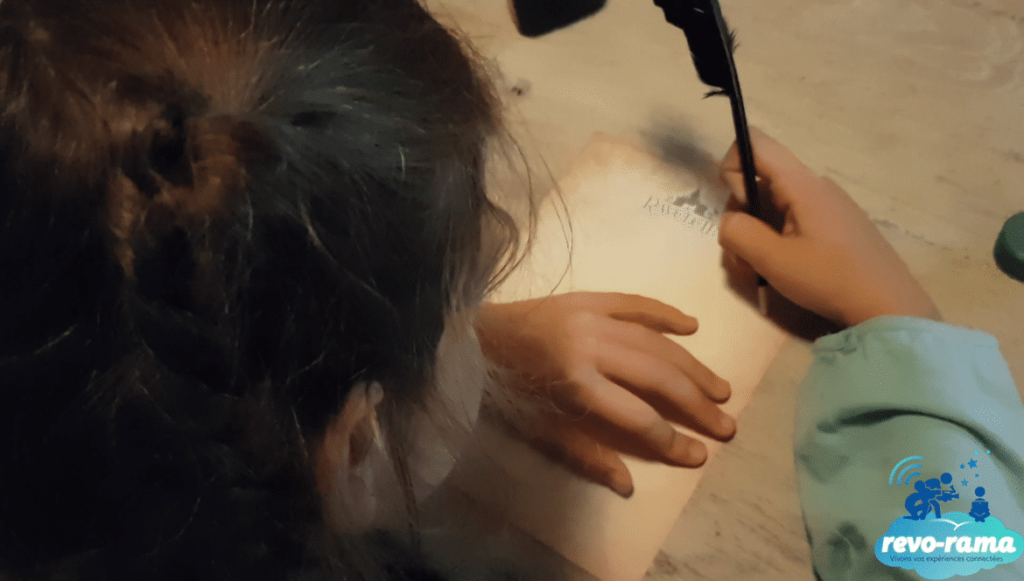 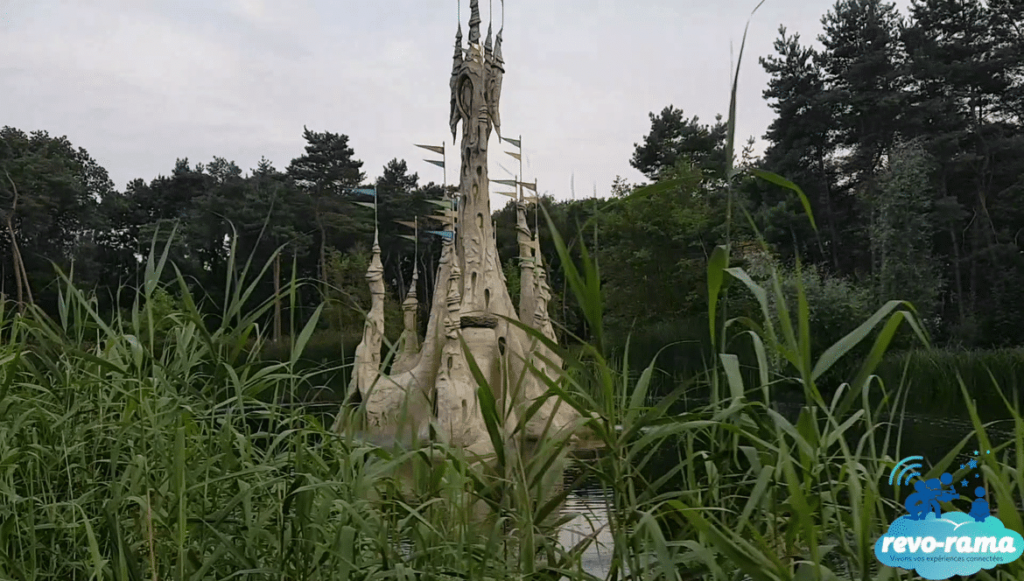 A familiar tune at Village Bosrijk

To get to Efteling by public transport we chose the overnight Ouibus (but we could have taken a Thalys) from Paris to Amsterdam. The only problem was understating the Dutch system (in particular their reservation terminals, which are in English but are a bit confusing). My advice: the Reisplanner mobile app (Android and iOS), which clearly indicates the route, stations and platforms, and the price. You can order online, but not with Visa or Paypal, which is a pity! But rest assured, I did it with my two daughters, so you can too! And maybe one day Efteling will provide daily shuttles from Amsterdam, or even all in packages with train/Bus from Paris + Shuttle + Accommodation + Parks.

We loved the welcome at Efteling. In English for sure, but it went well. We could sense a general sense of wanting to do it right, and to ensure that we had a good time. A great example!

As you can see in the video in this Revo-Rama, the village Bosrijk is perfect, our little house was great! As to the park, it is magnificent and has lots to do! There’s something for everyone: scenic walks and river rides, different degrees of thrills from the slightest to the most scary! Our favorite: Villa Volta, a remarkable madhouse! 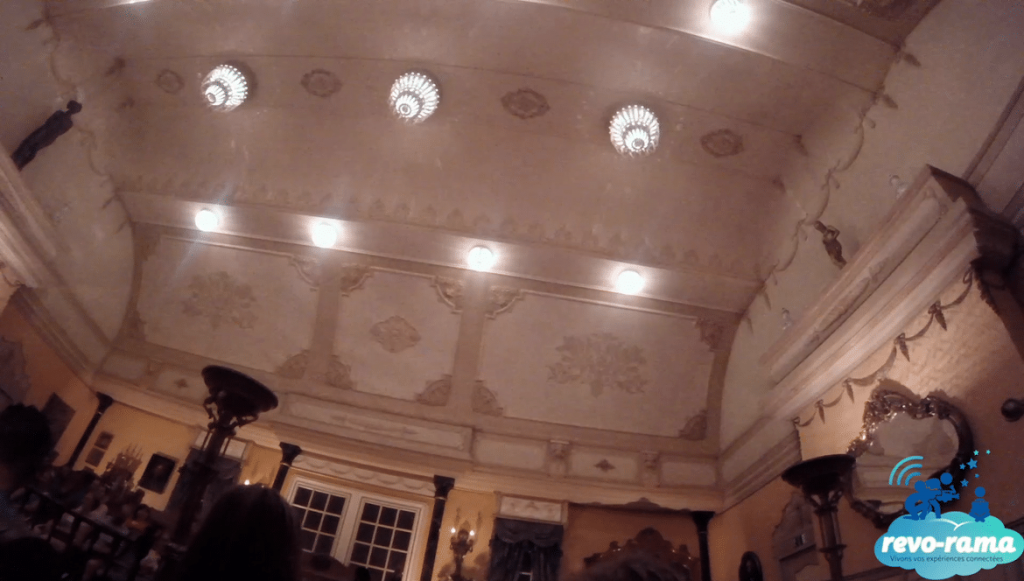 Villa Volta, the ultimate Madhouse made by Efteling 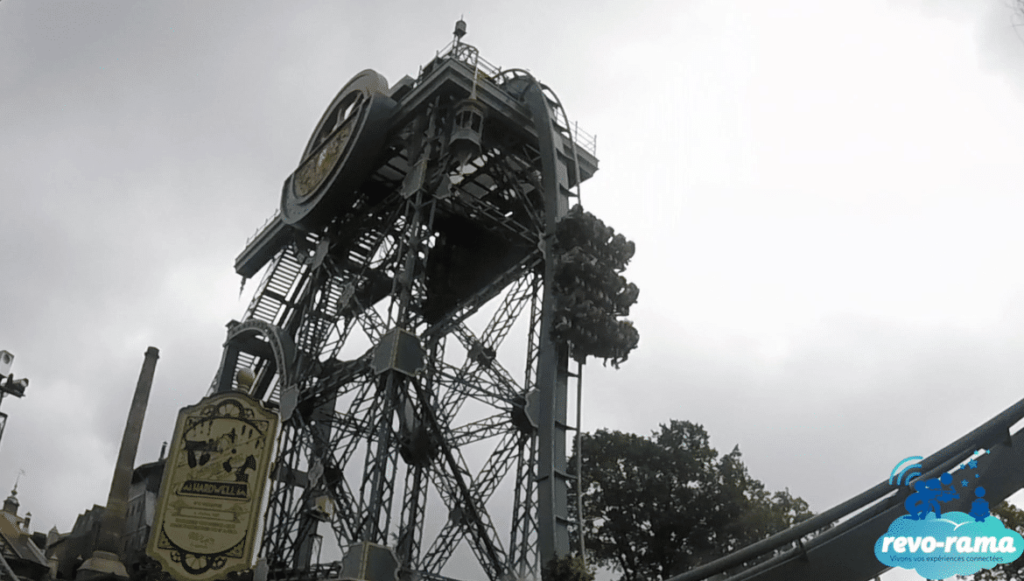 There’s no parade at Efteling (at least not while we were there), but a lot of mascots and some fairytale characters, such as princess Rapunzel. There are also ambitious shows such as Aquanura, the water show, and Raveleijn created in partnership with the Puy du Fou. They’re very different and complement each other well.

These moments continue in some restaurants, as we show in the video in this Revo-Rama.

Our only regret was not to have seen a night show (the park closes later in the summer, but only on Saturdays). One day we’d like to see Aquanura by night, as well as the 3D mapping show on Villa Volta! We also think that Efteling must be magical once darkness falls. This gives us a good reason to come back again, as do the new plans for 2017: opening of a new holiday park Loonsche Land and the new dark ride Symbolica. 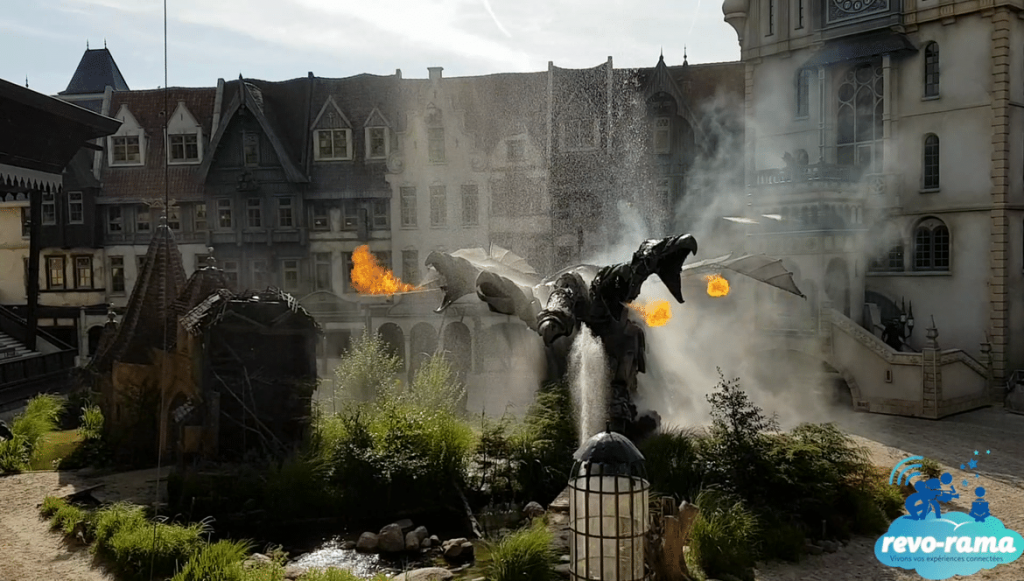 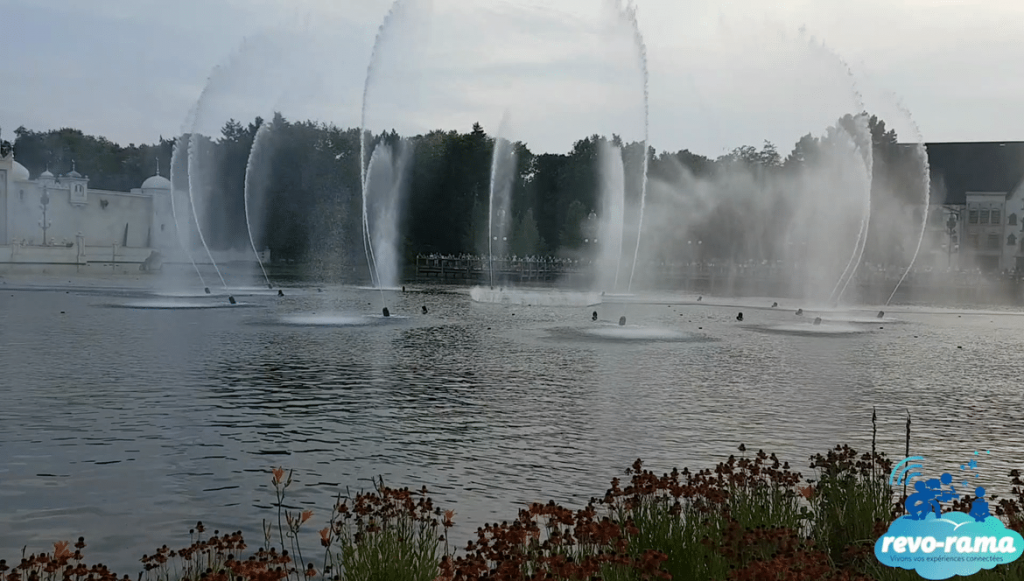 You’ll have understood from the 21 minute video in this Revo-Rama episode that we really enjoyed our two days at Efteling.

We’d put this destination among our favorites, and we’ll be keeping an eye out for new shows and attractions.

We’ll be back! (and we’ll talk about it in this blog)

So what did you think about Efteling, Villa Volta and Village Bosrijk?